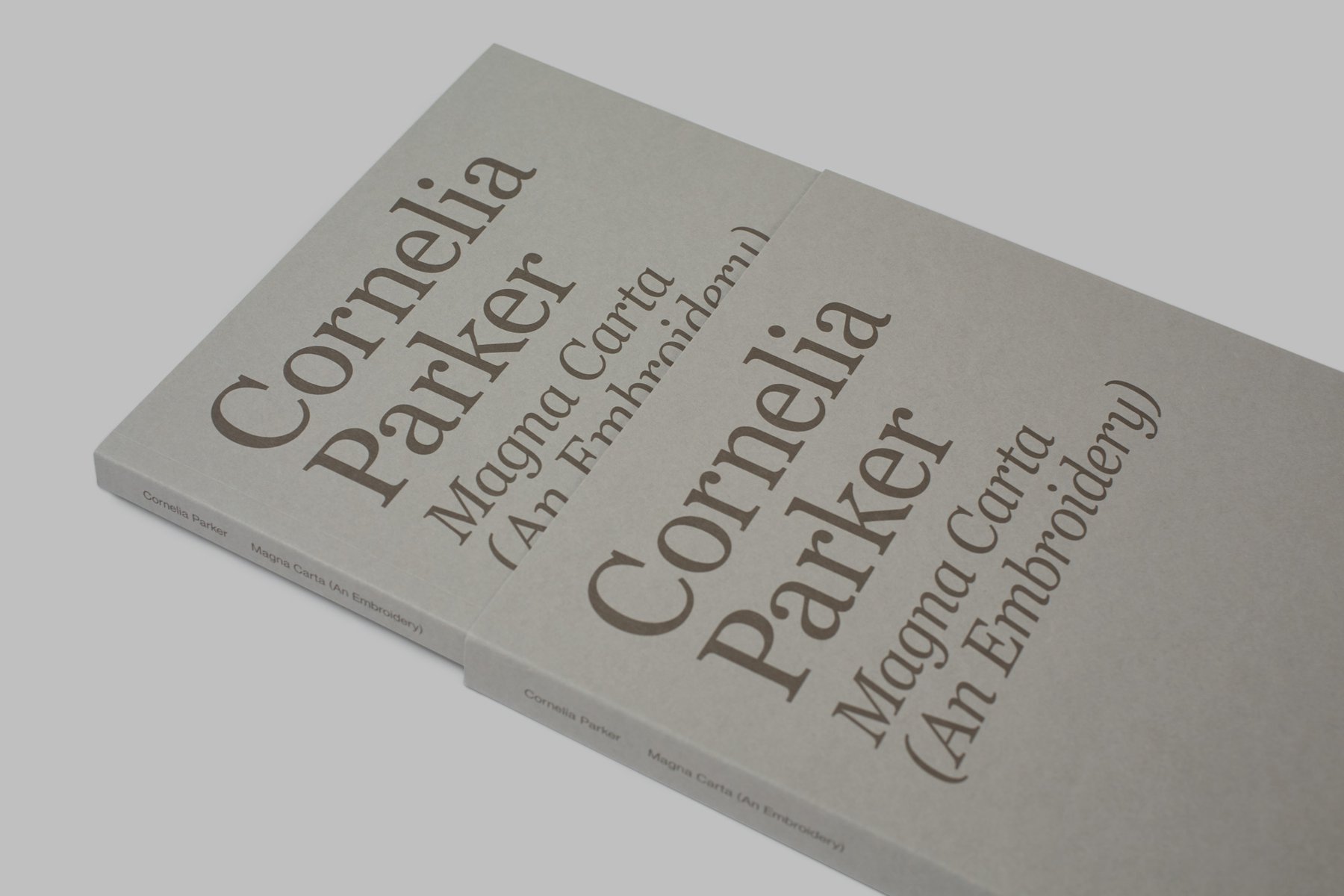 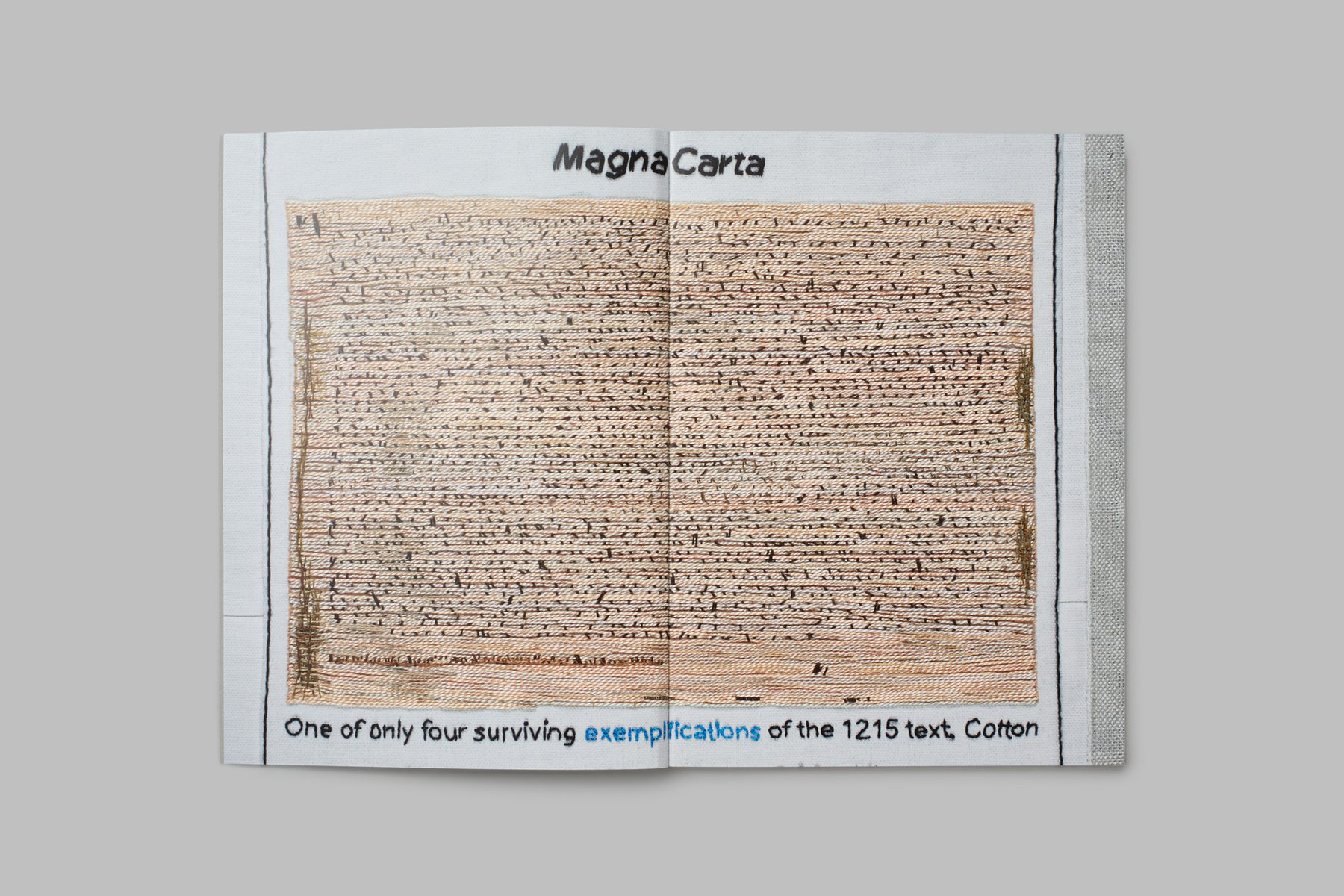 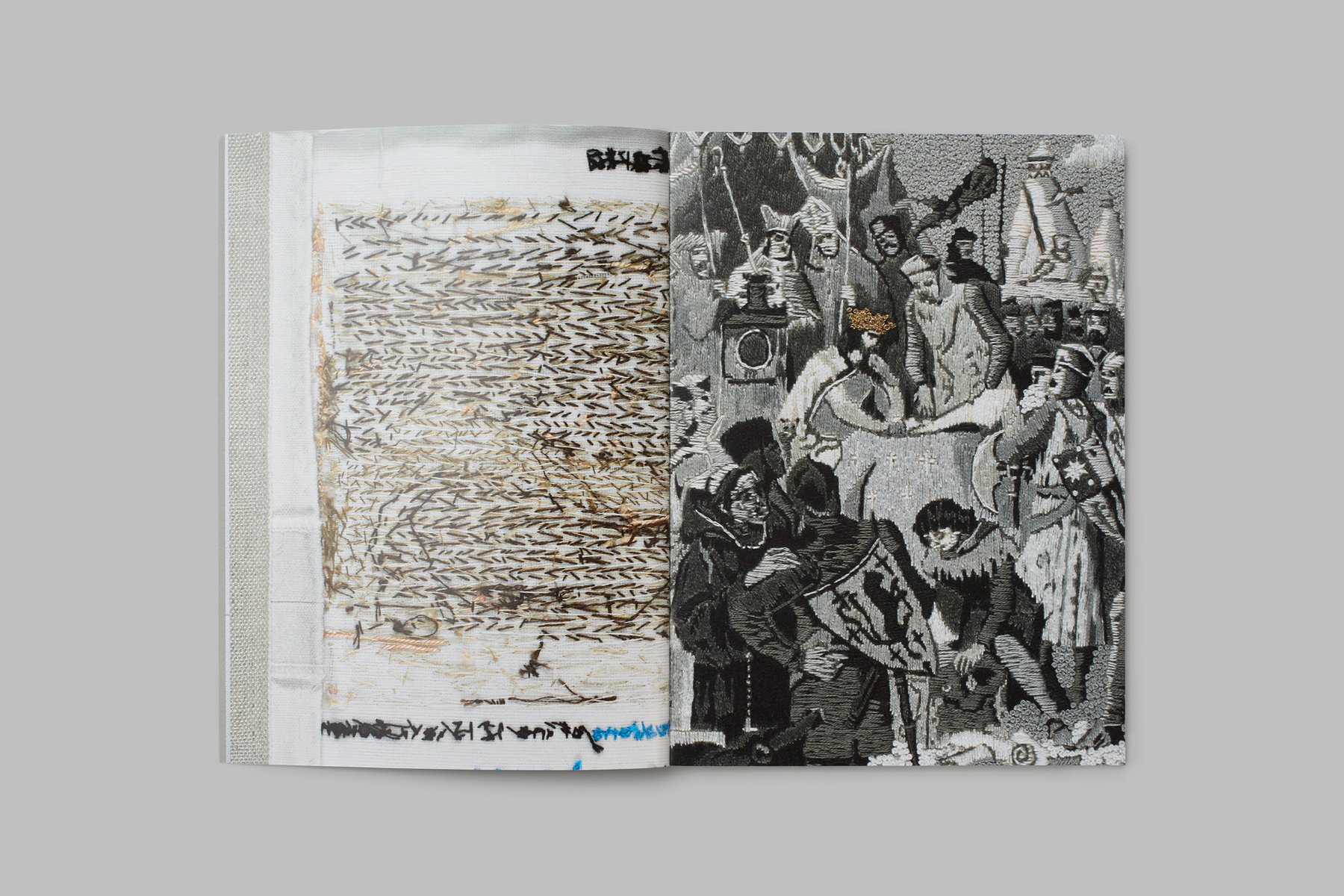 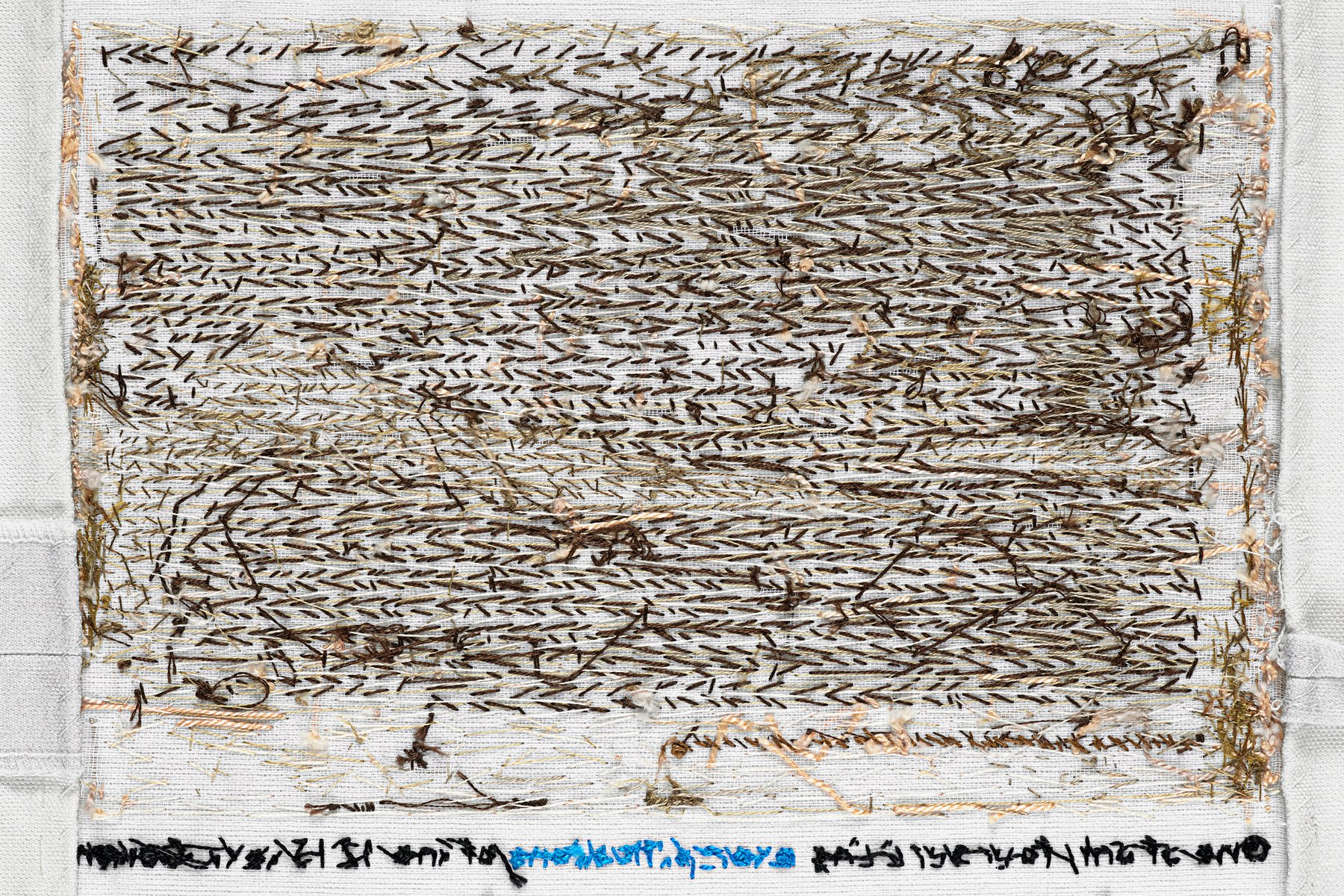 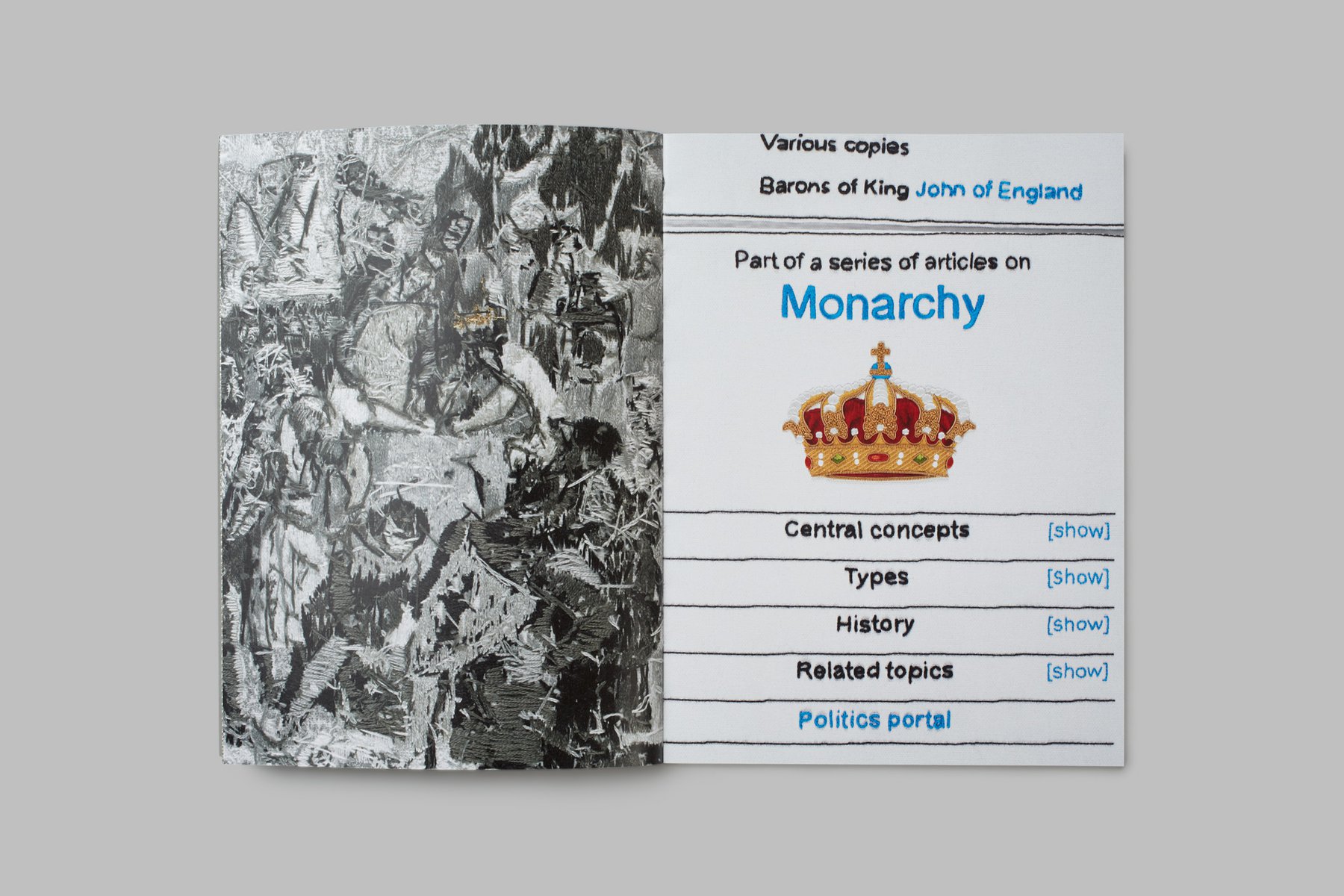 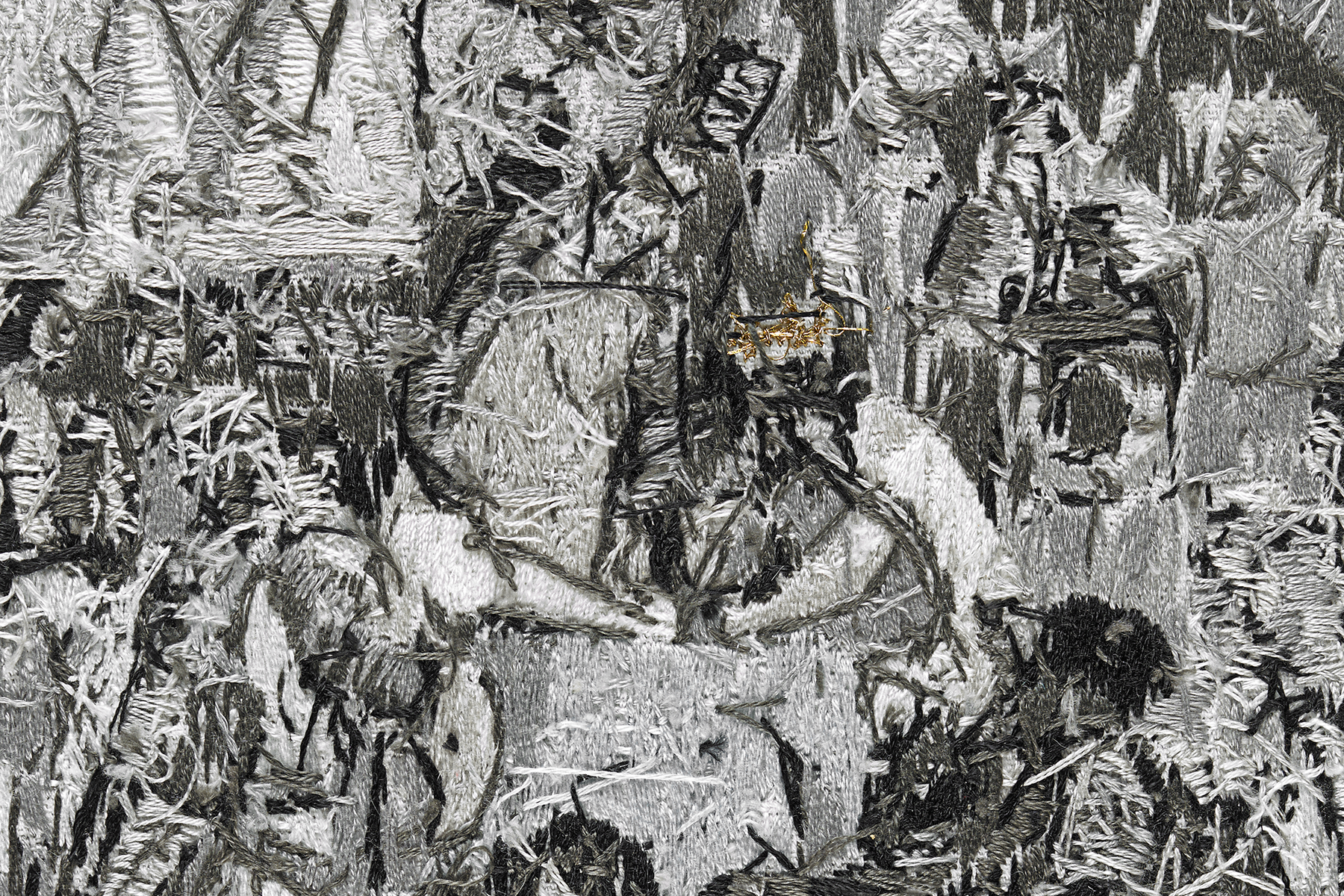 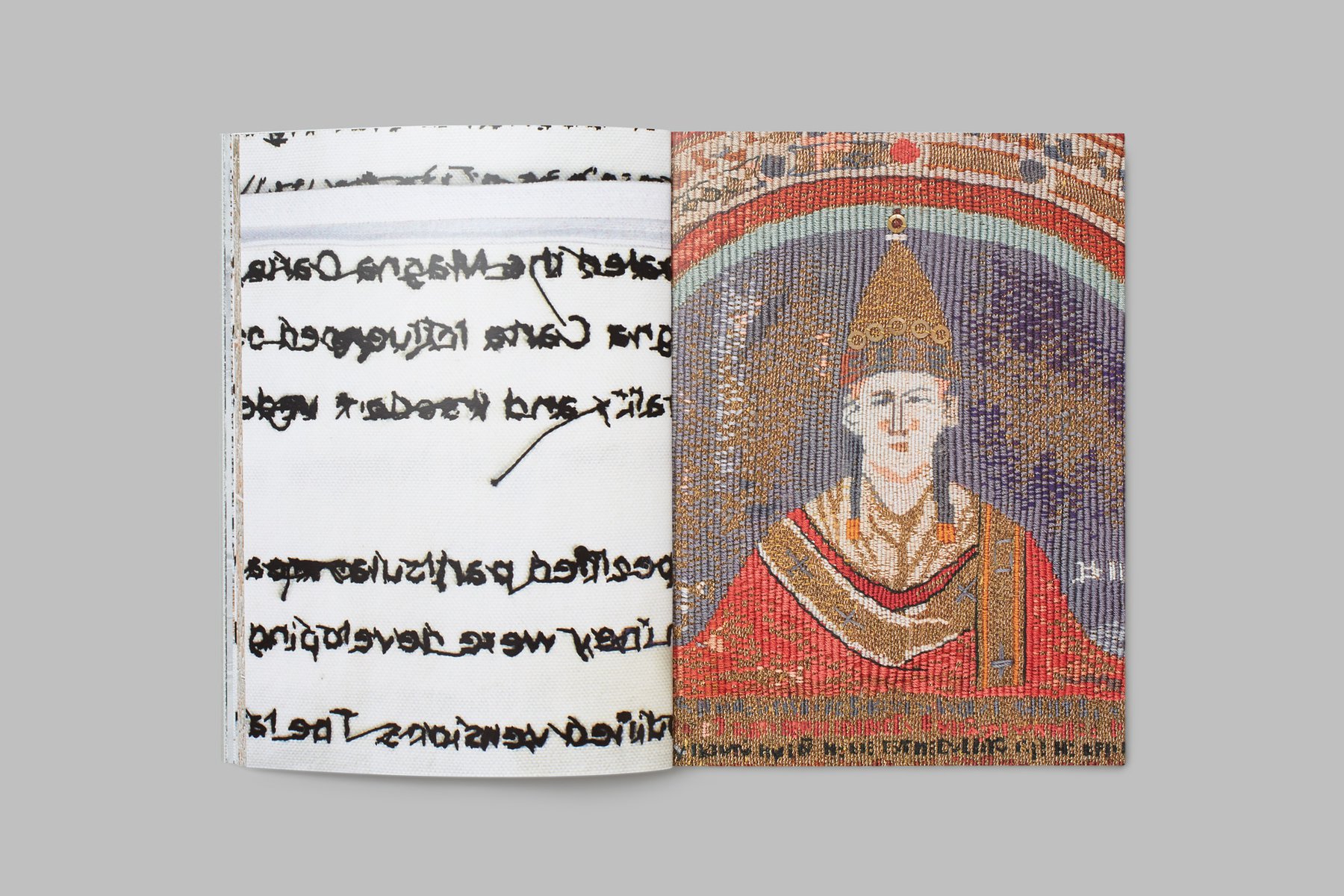 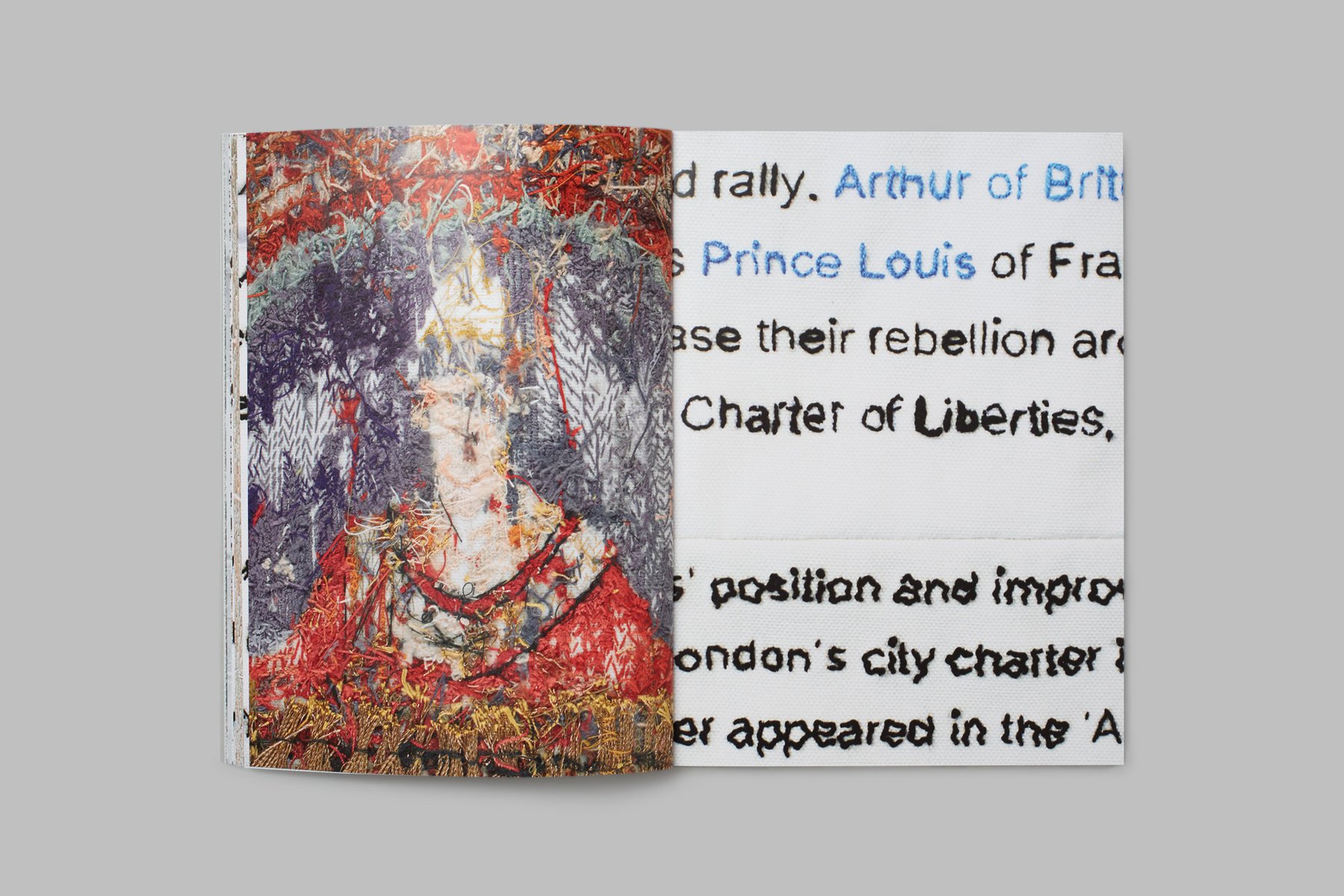 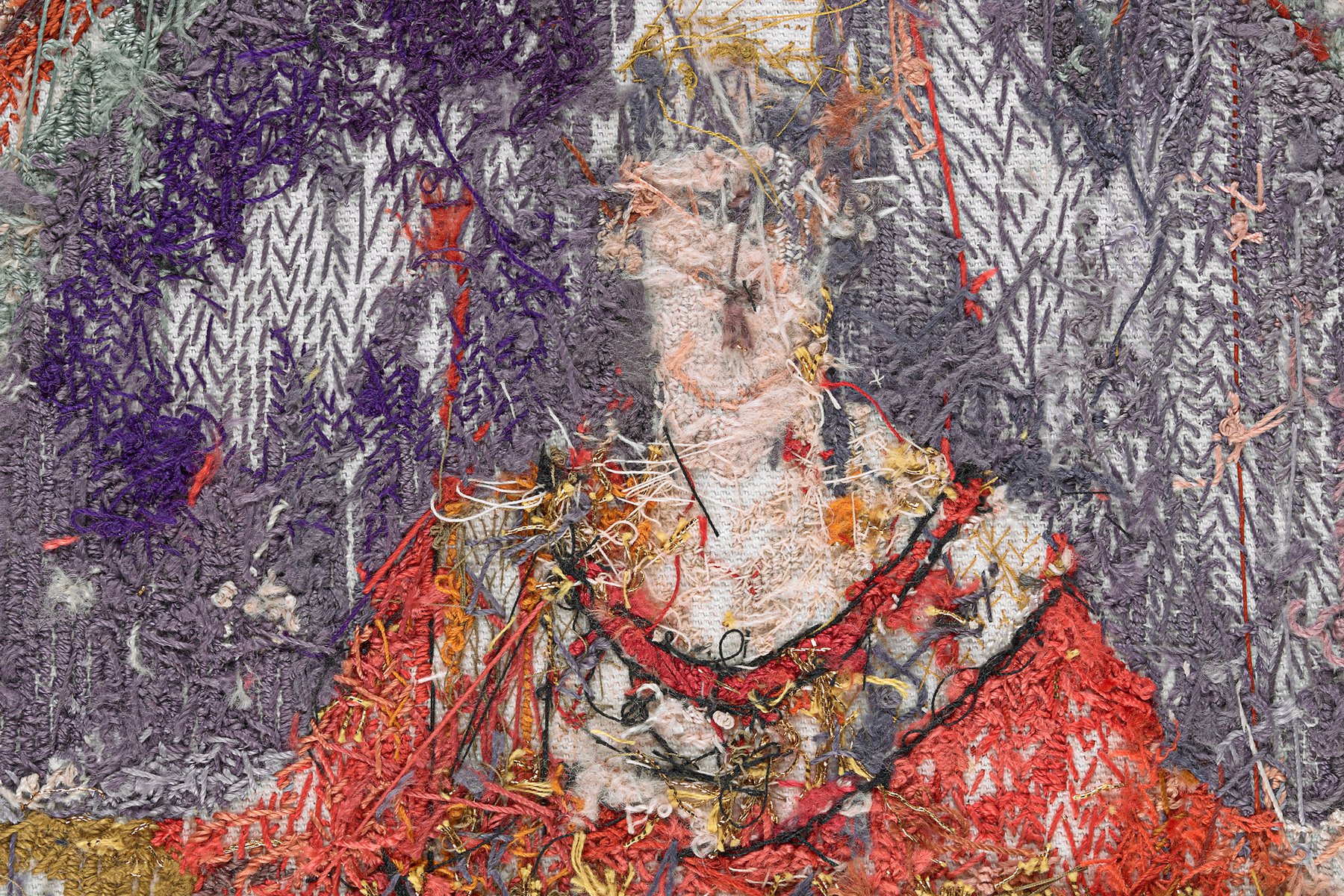 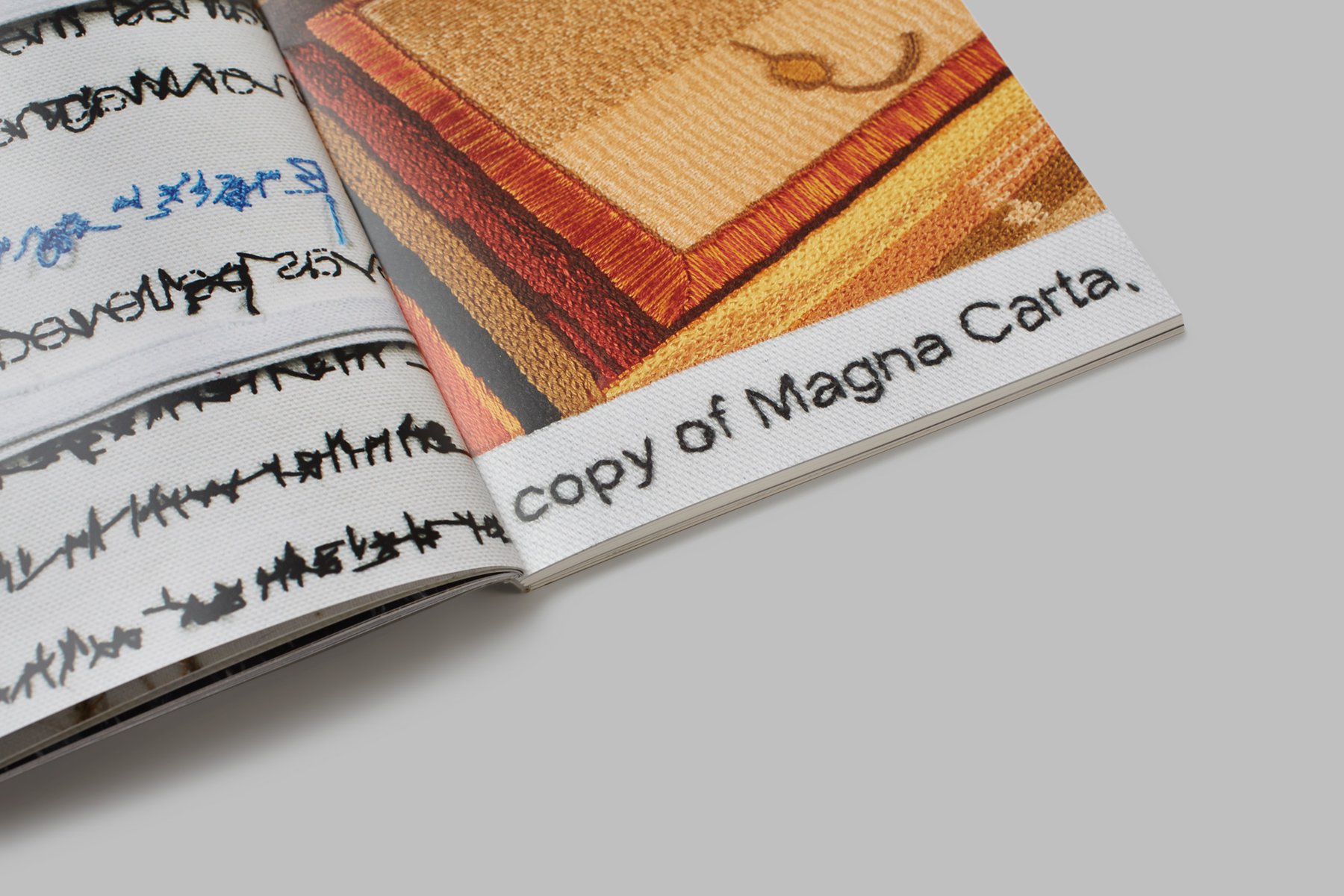 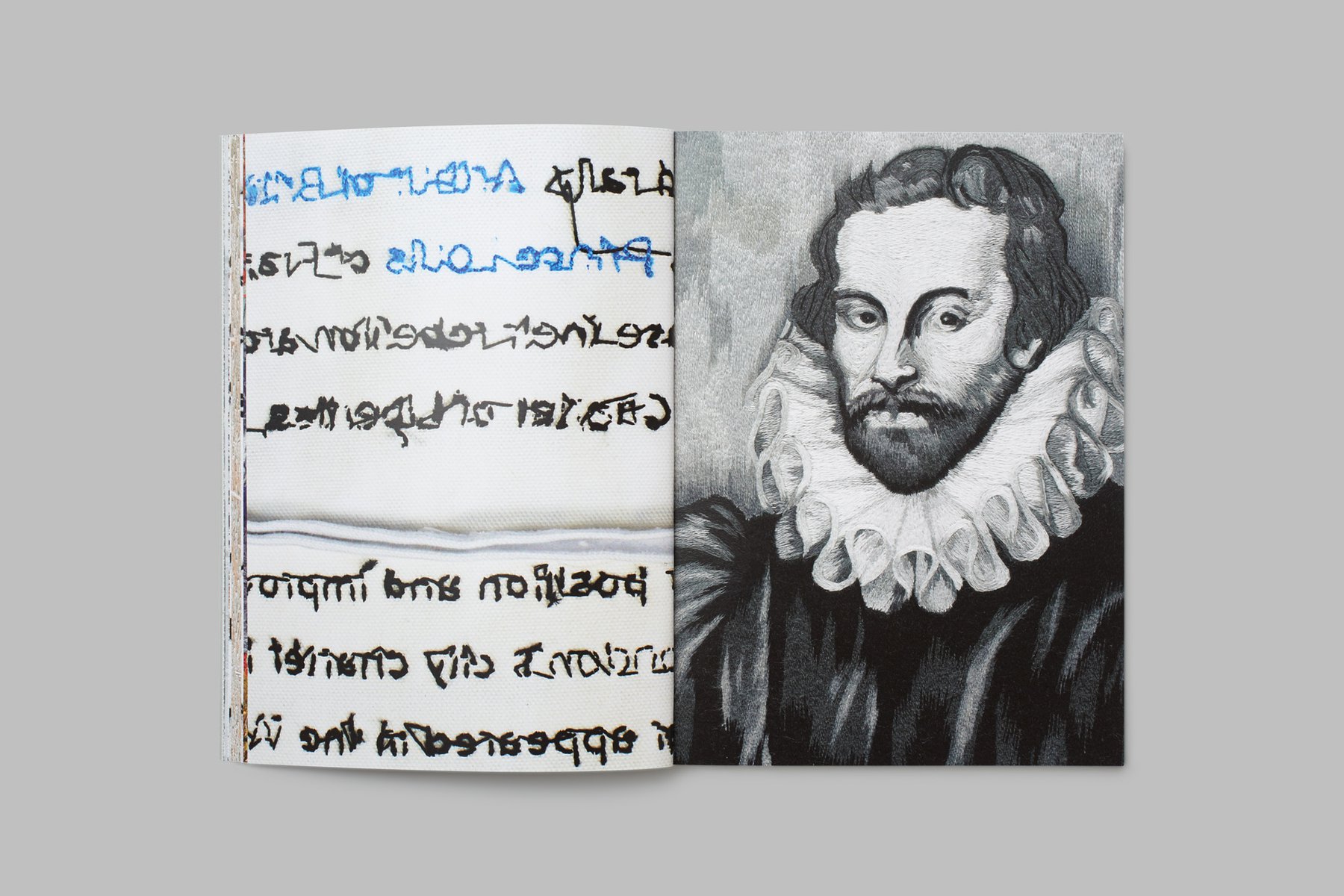 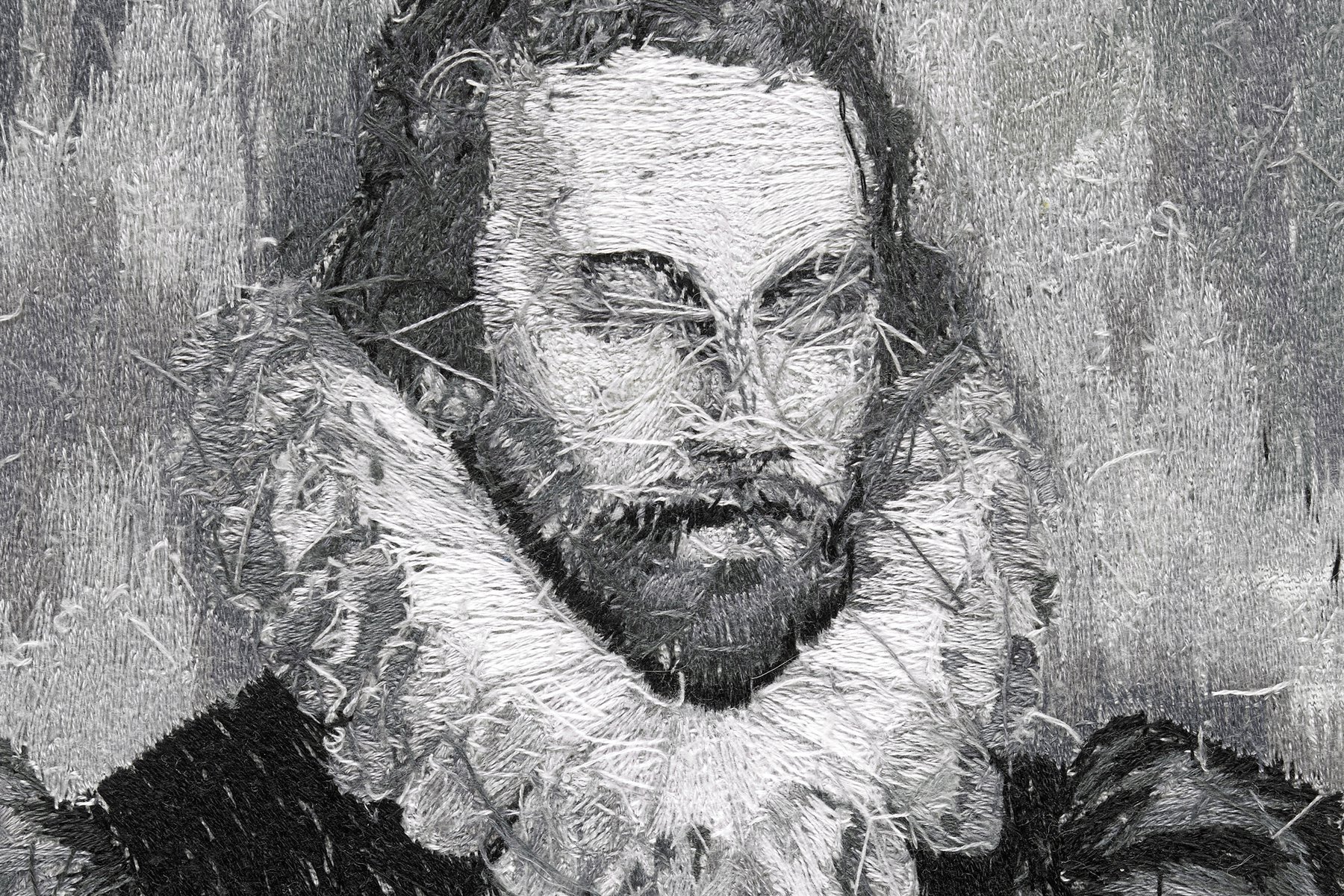 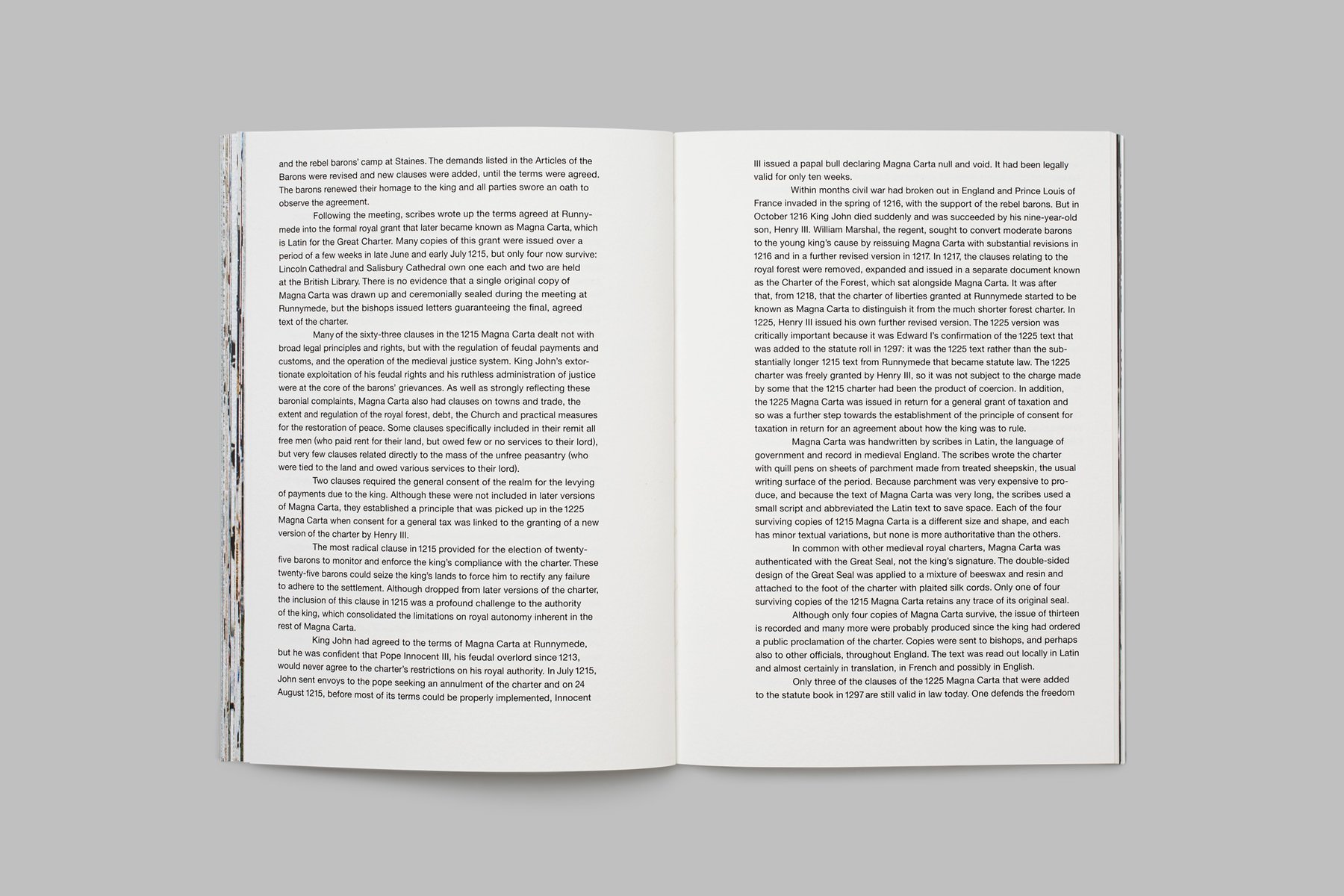 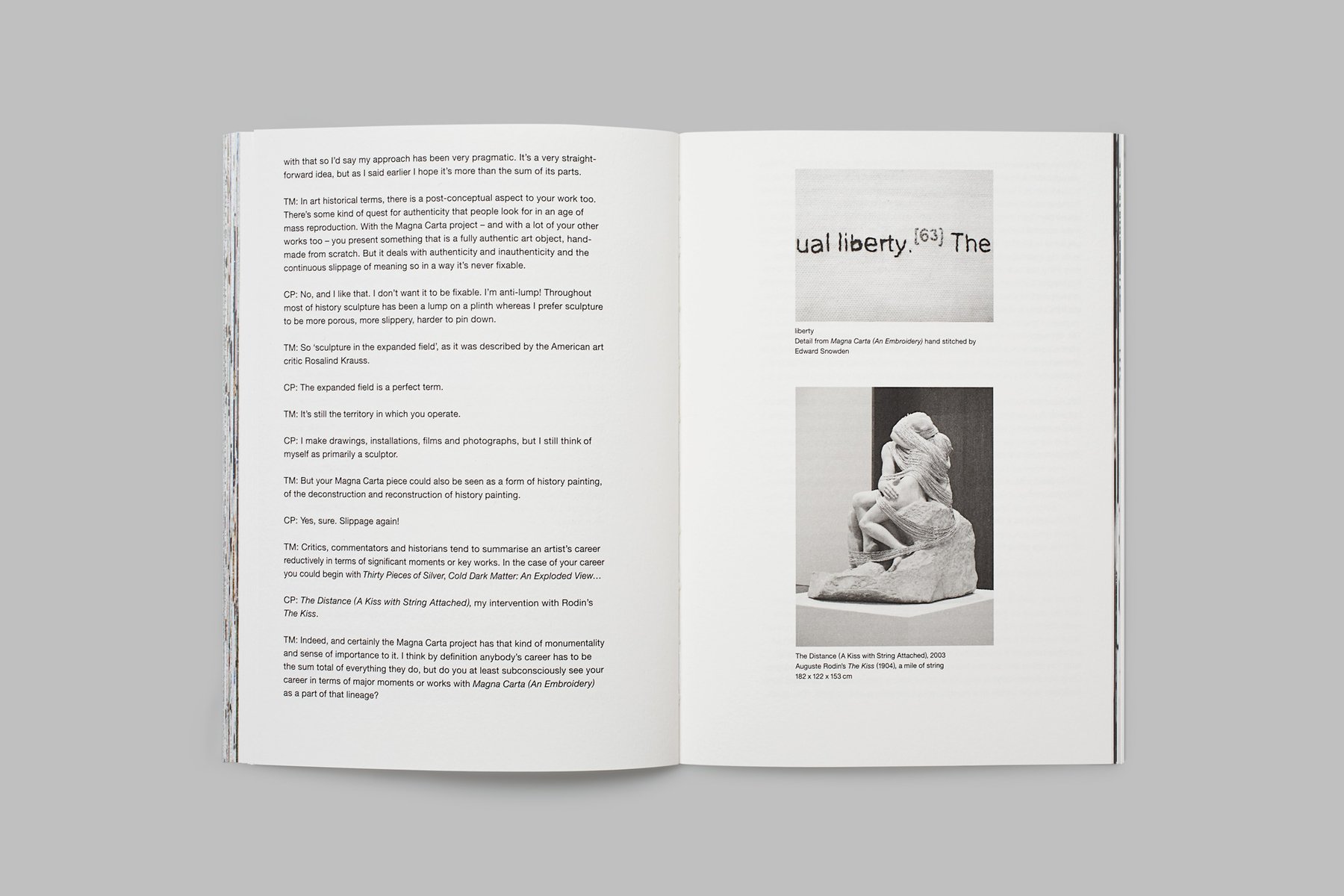 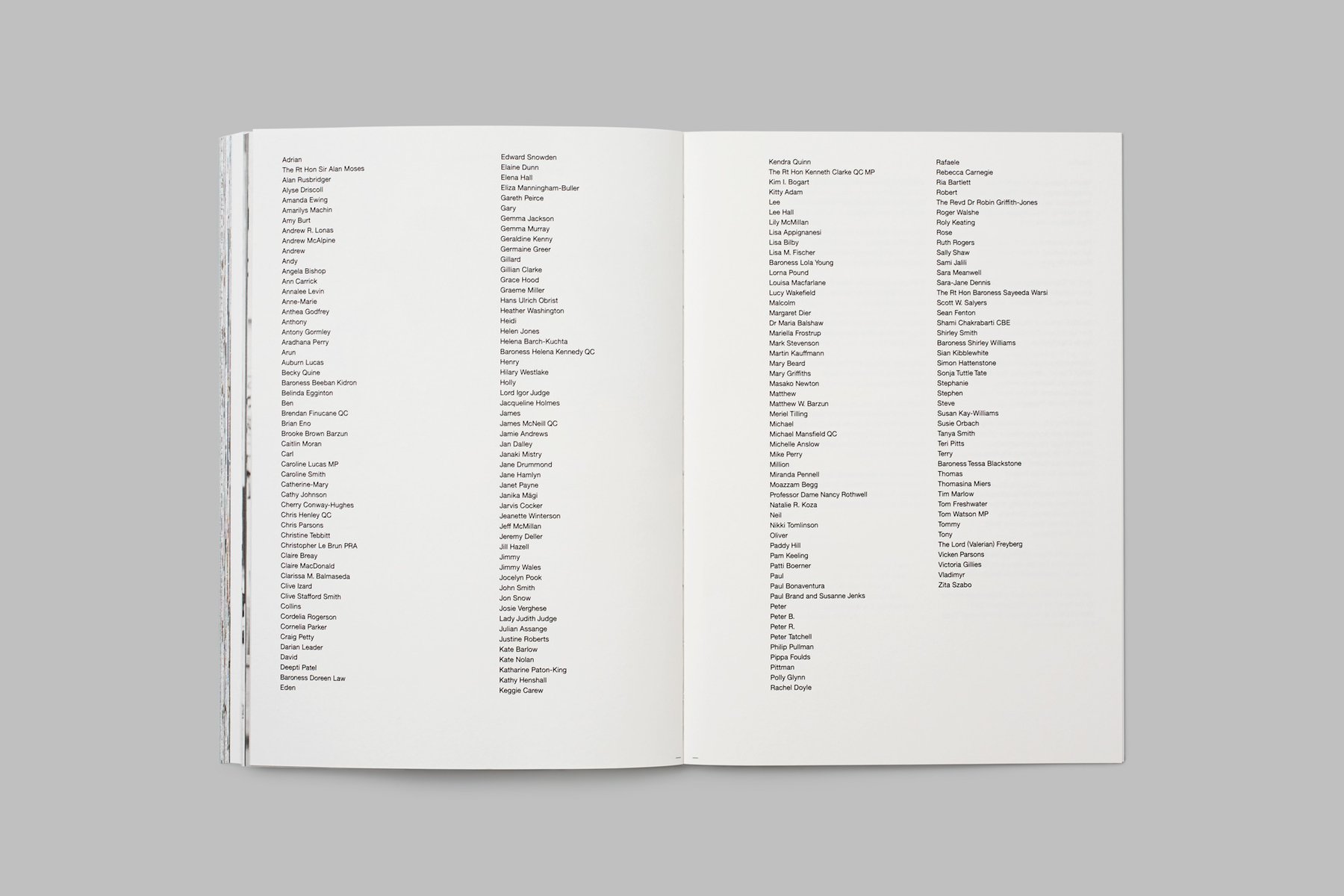 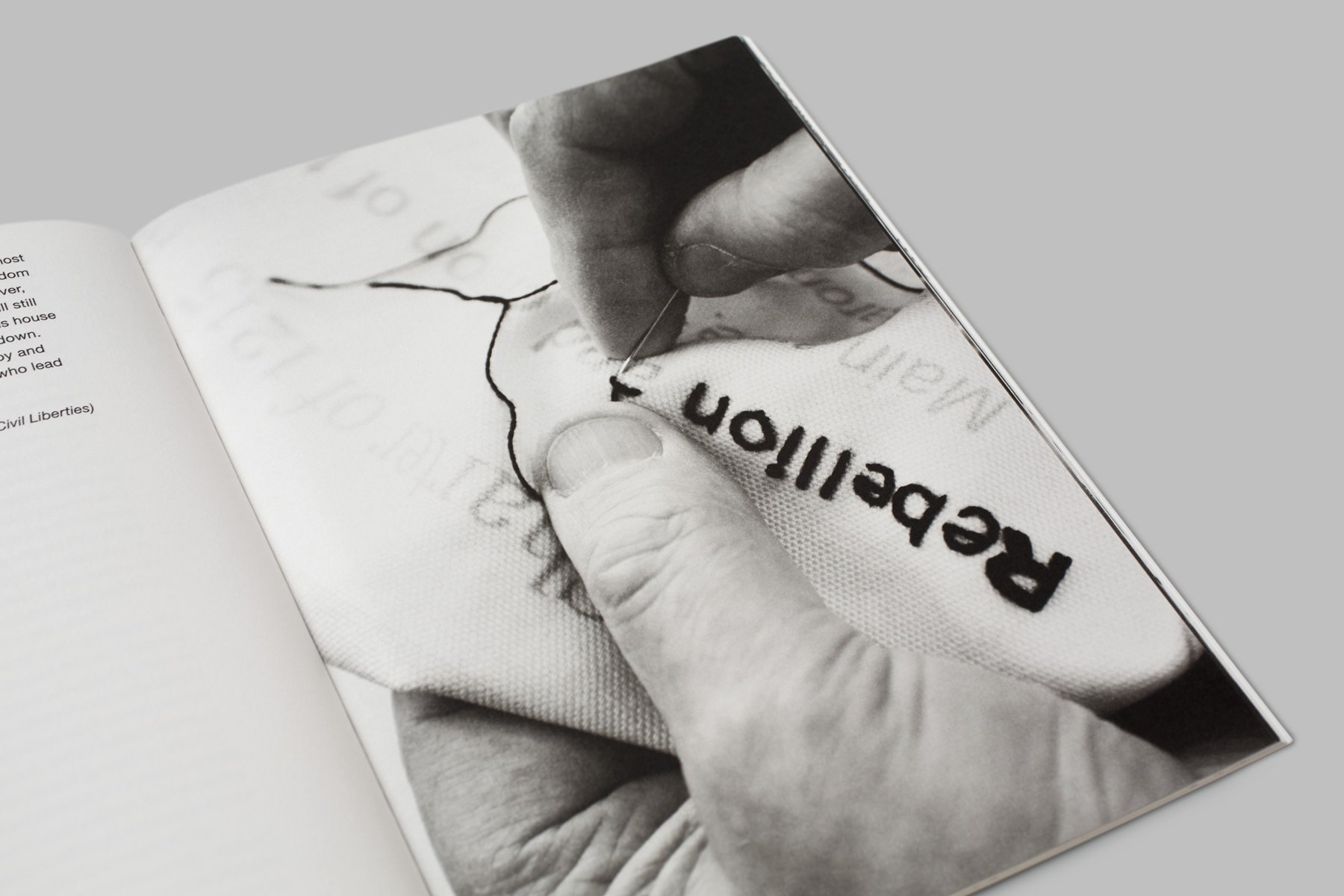 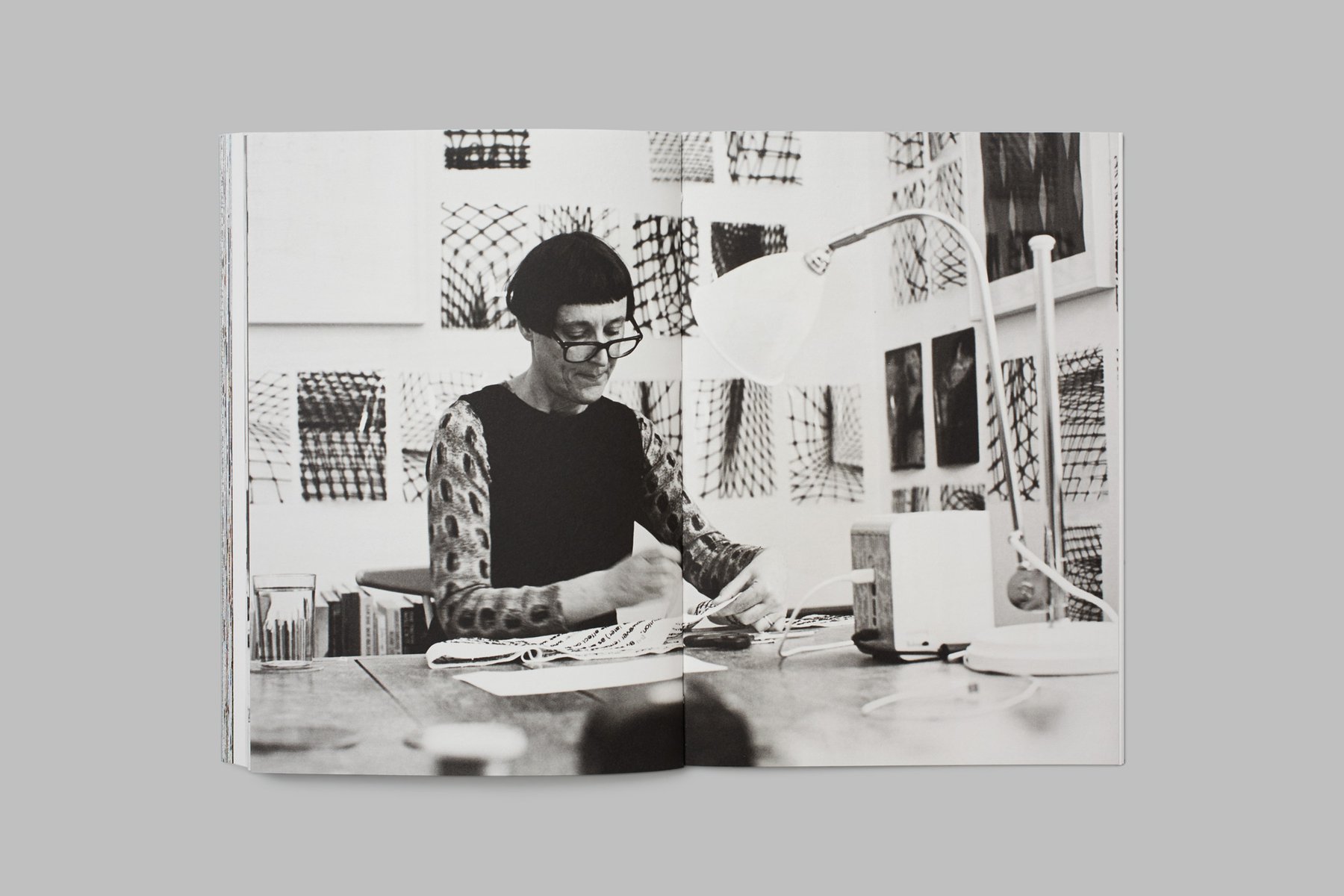 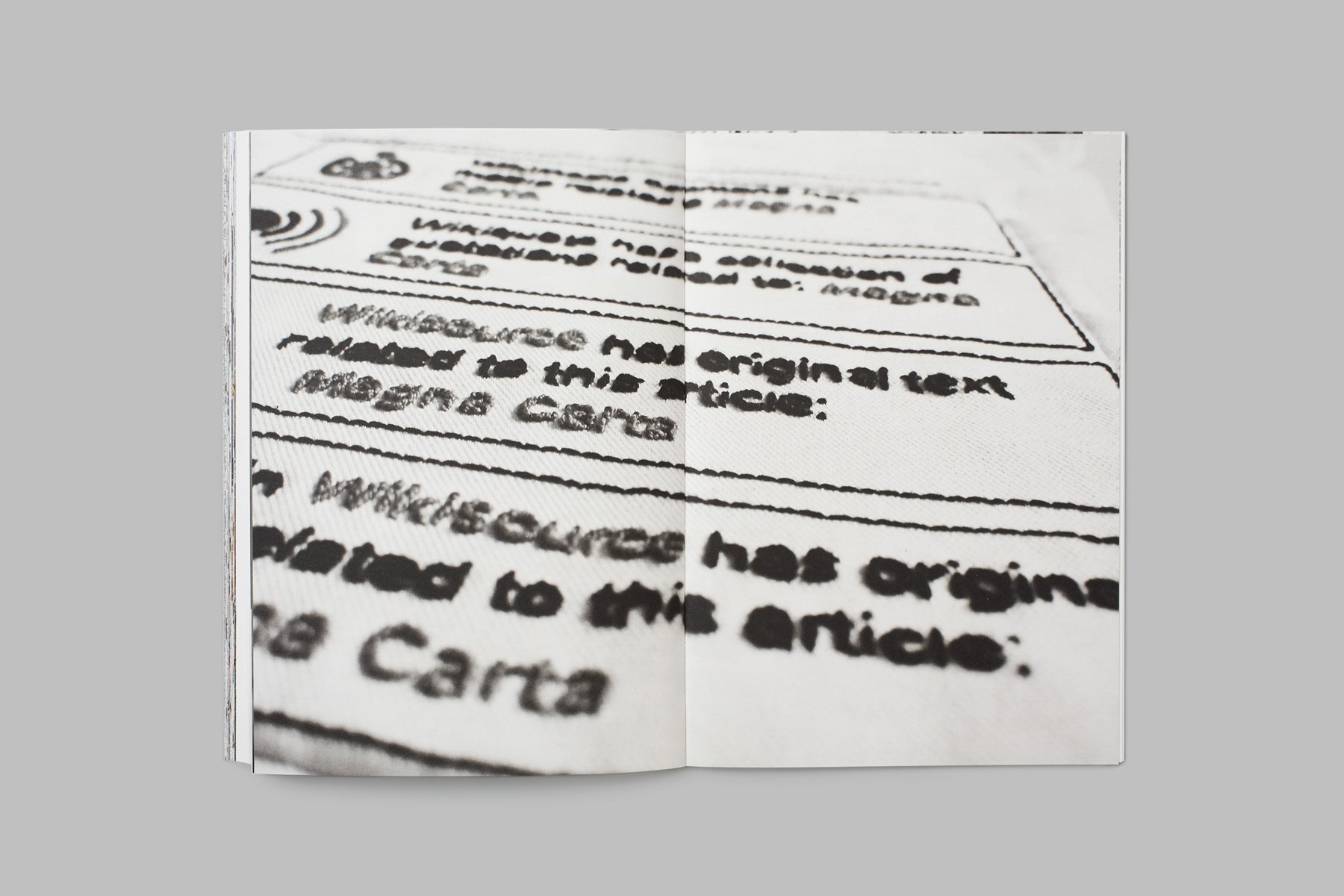 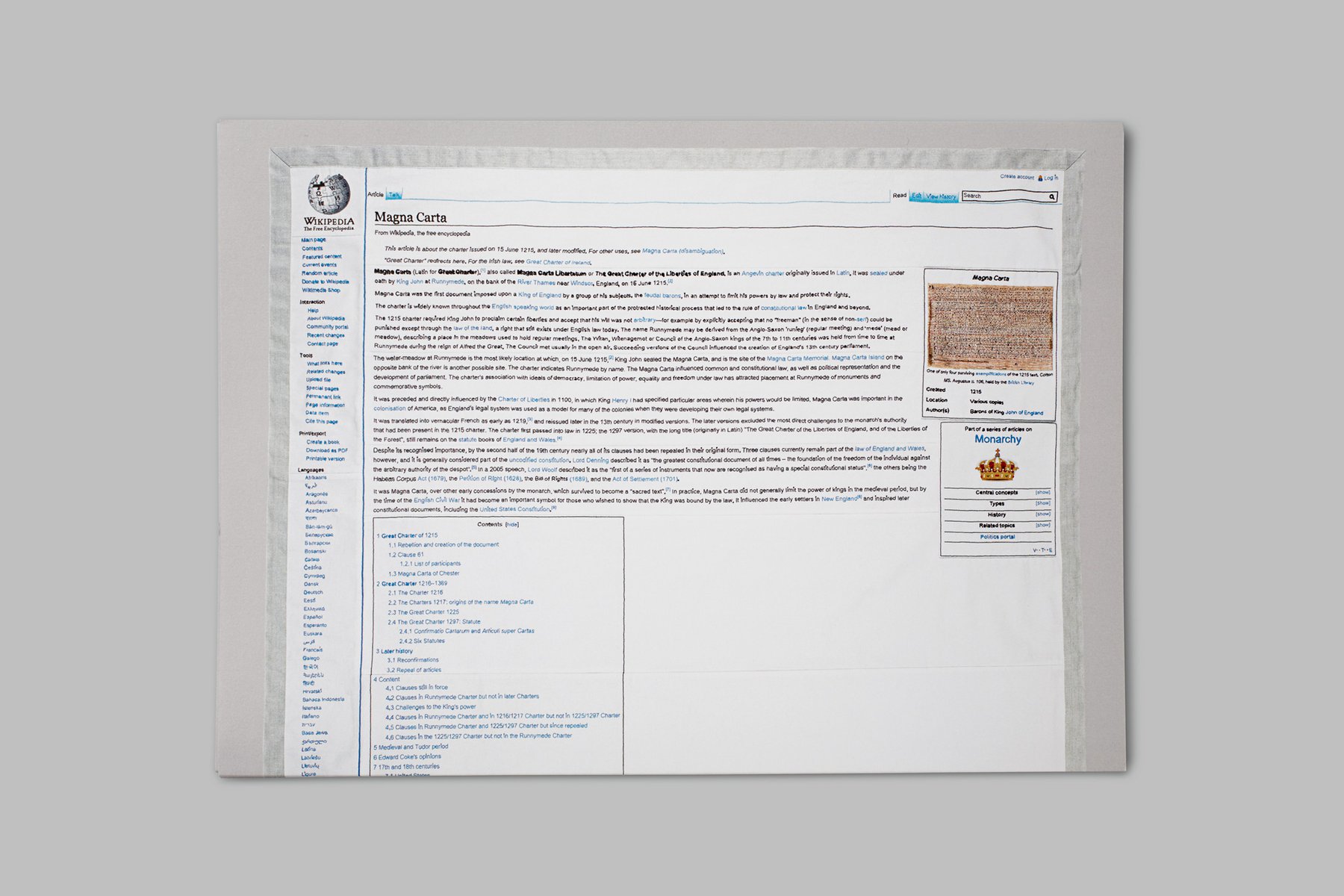 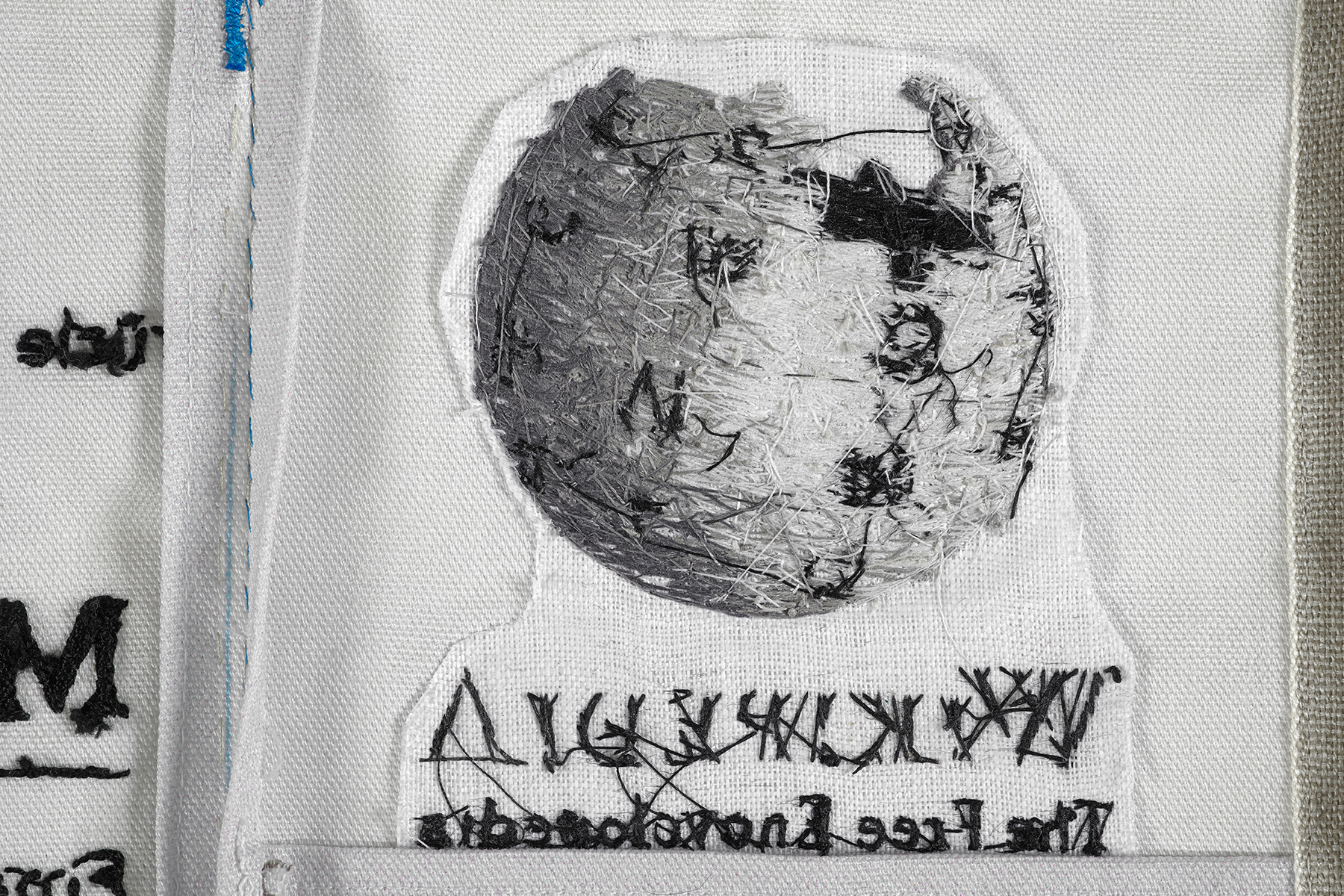 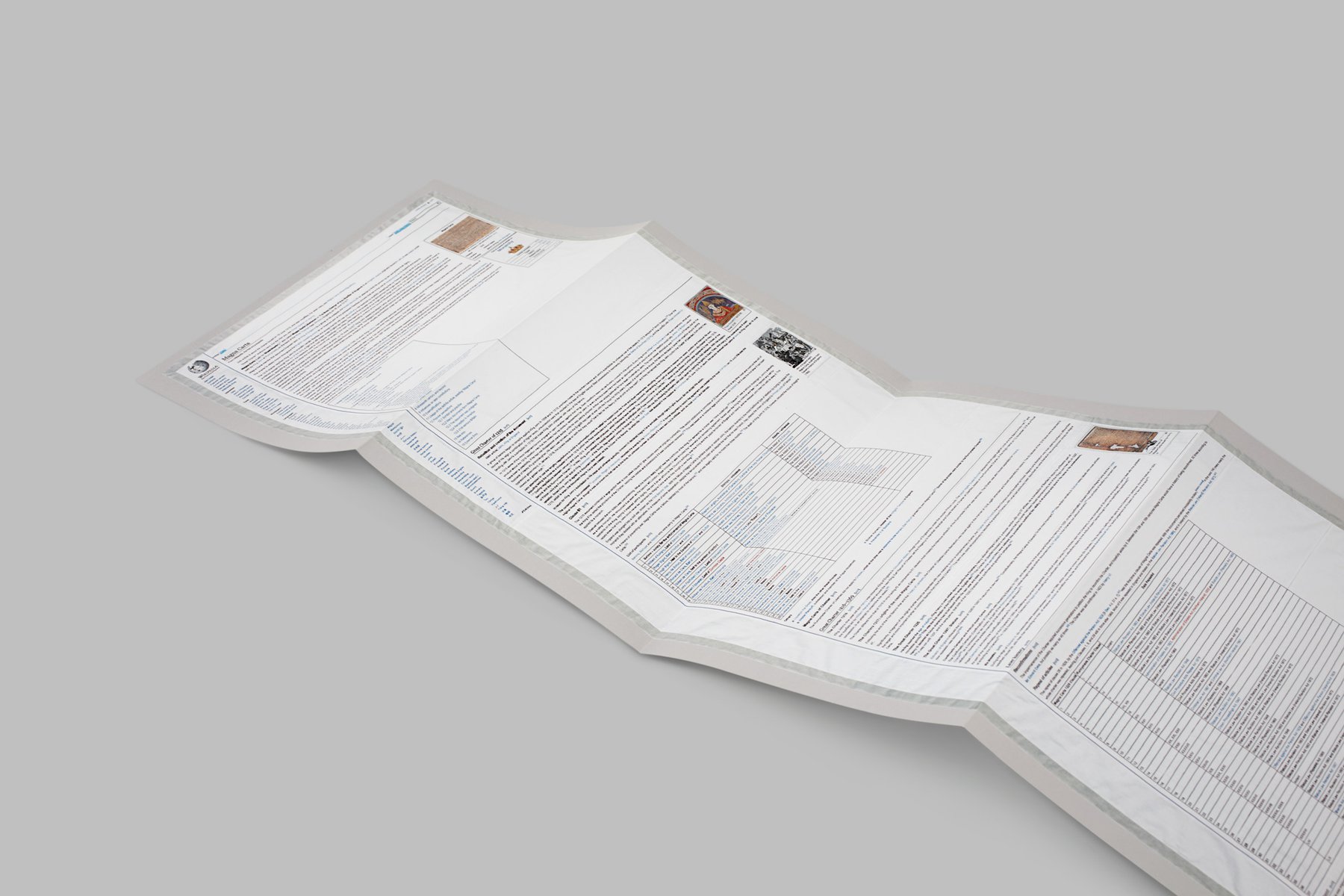 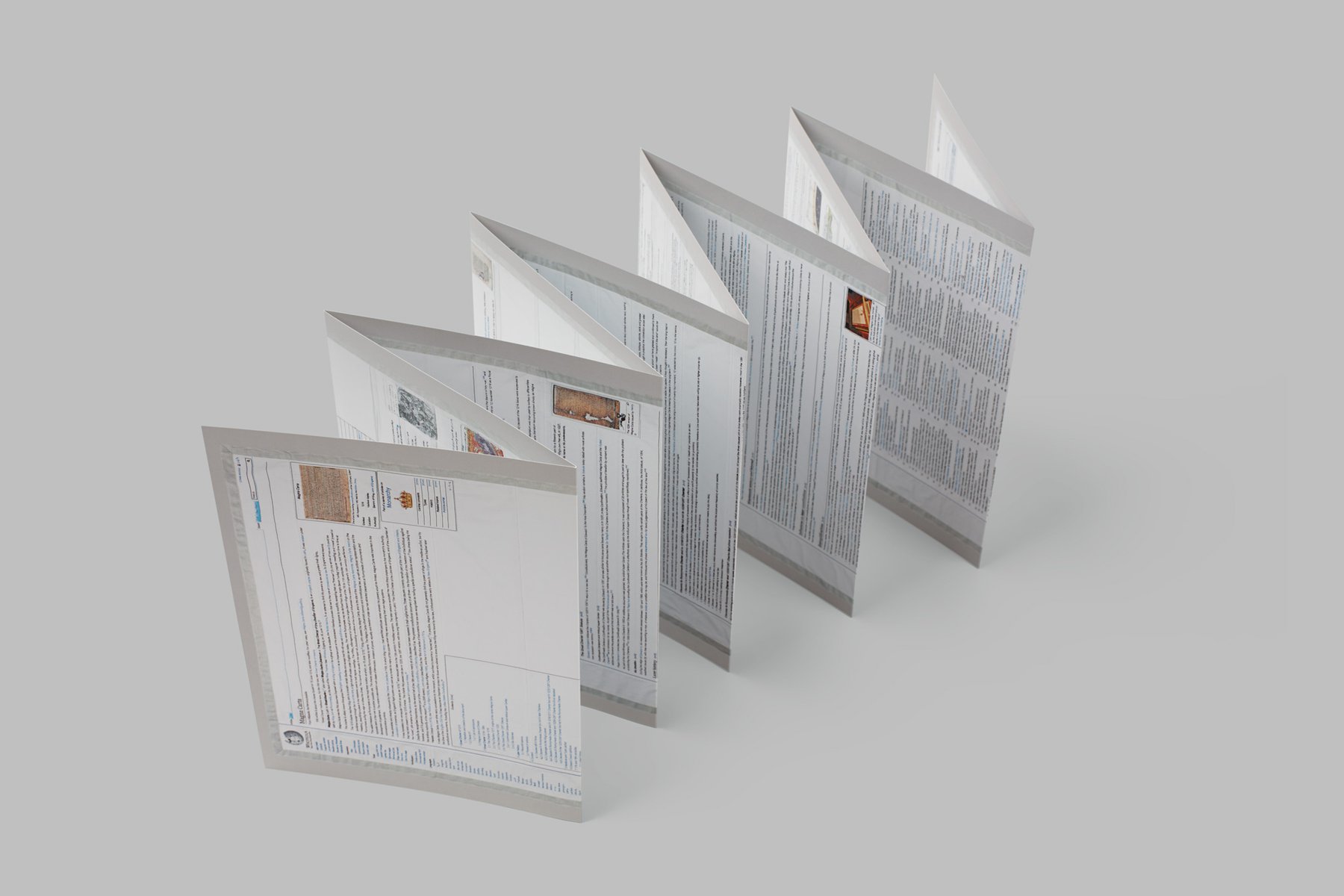 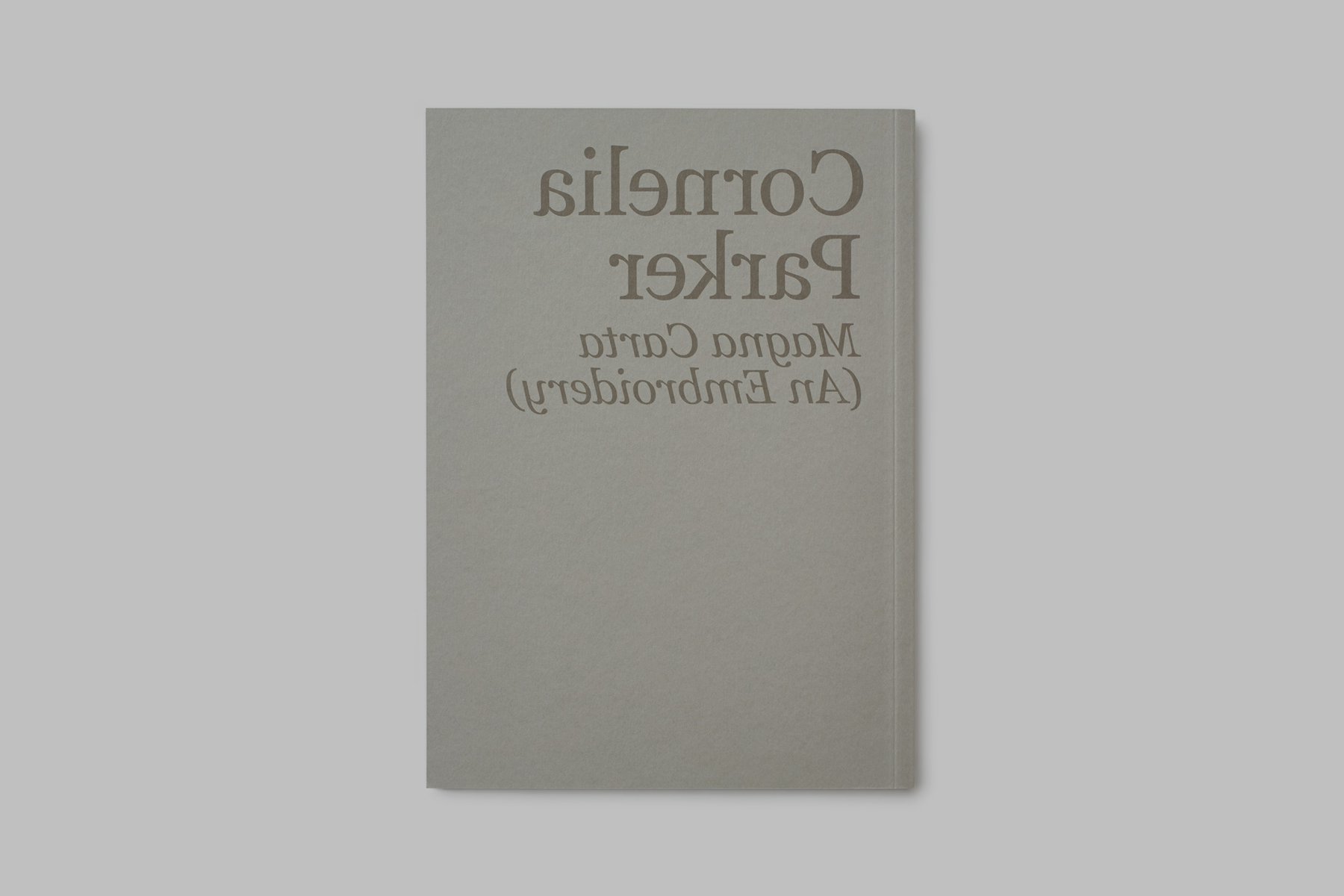 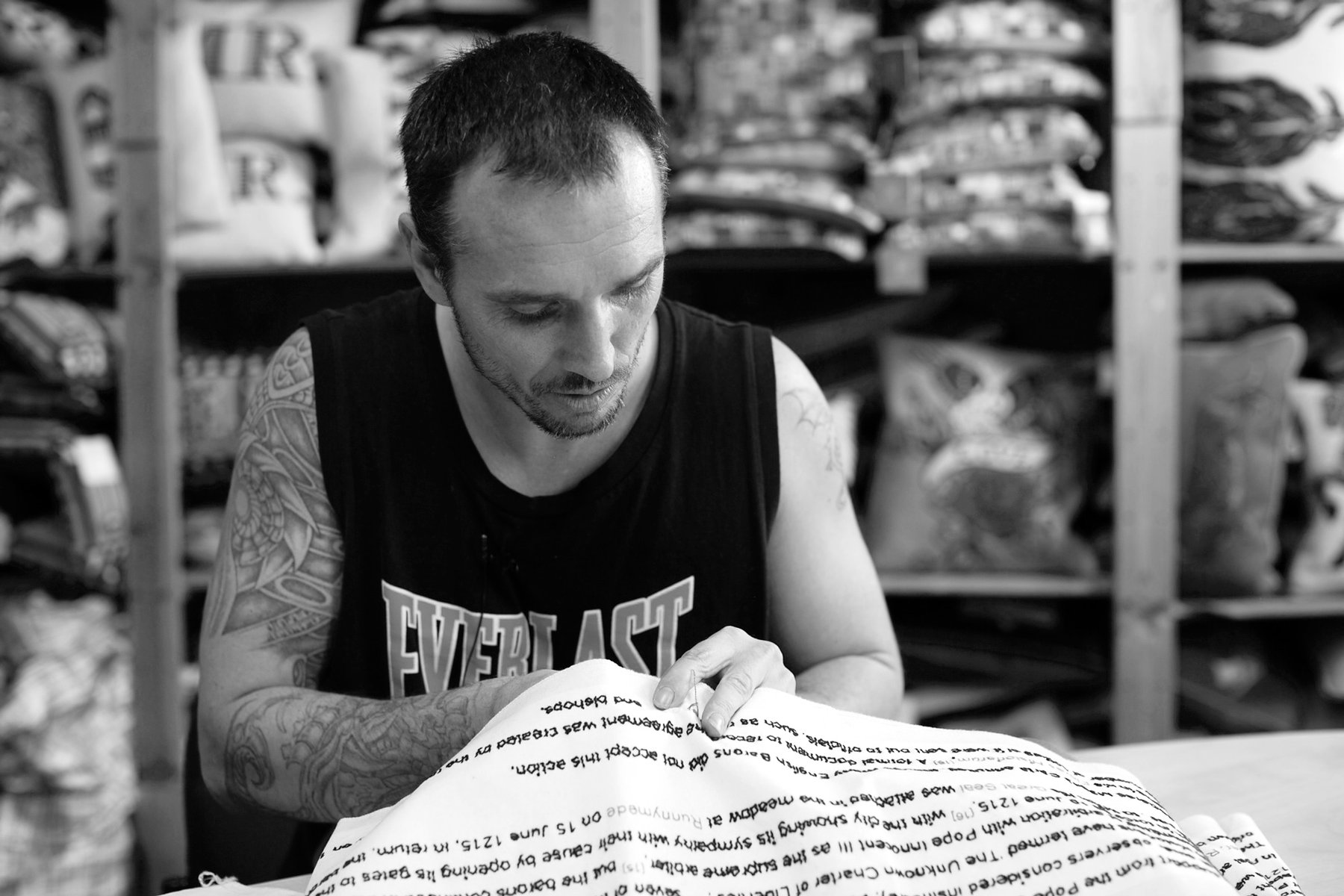 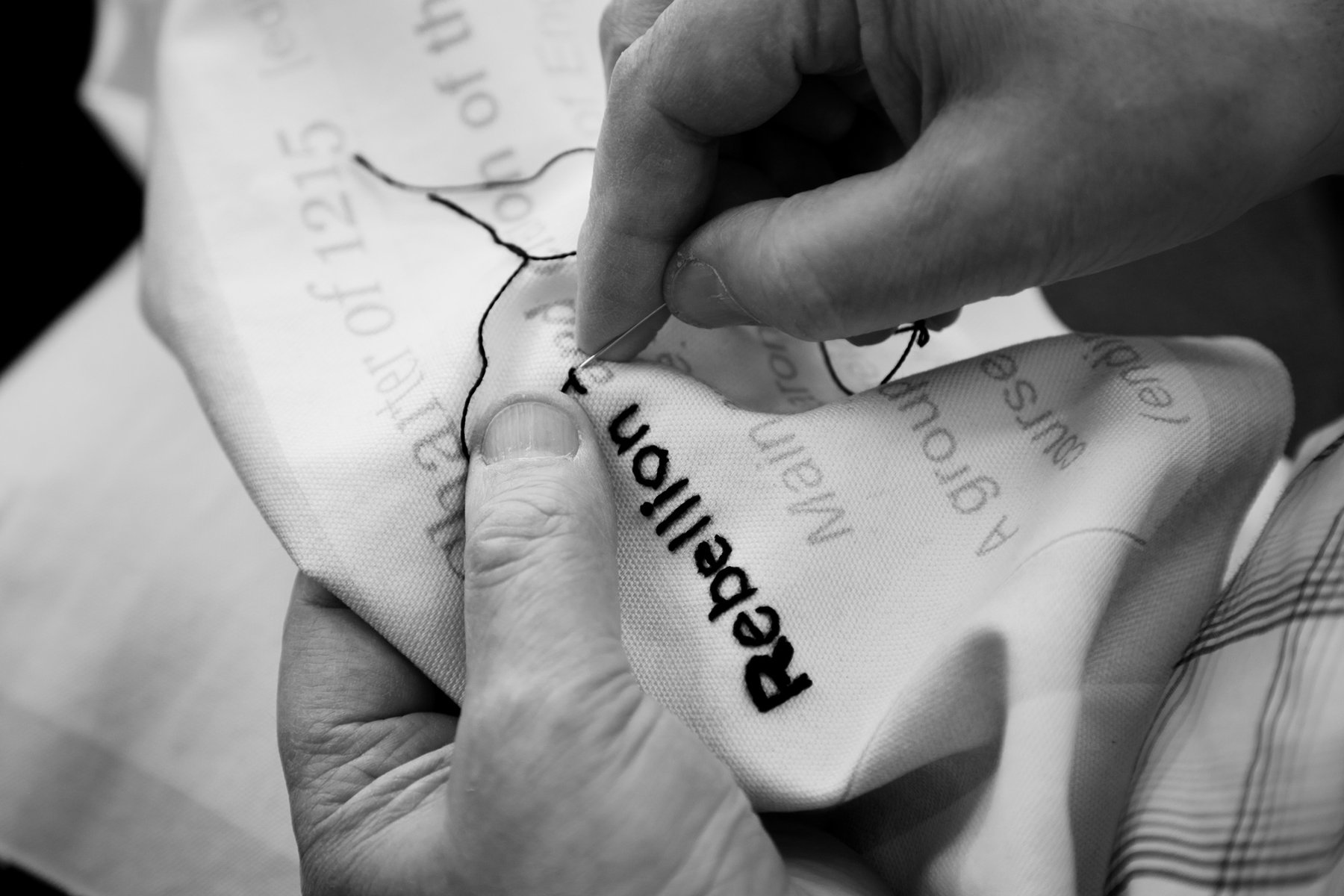 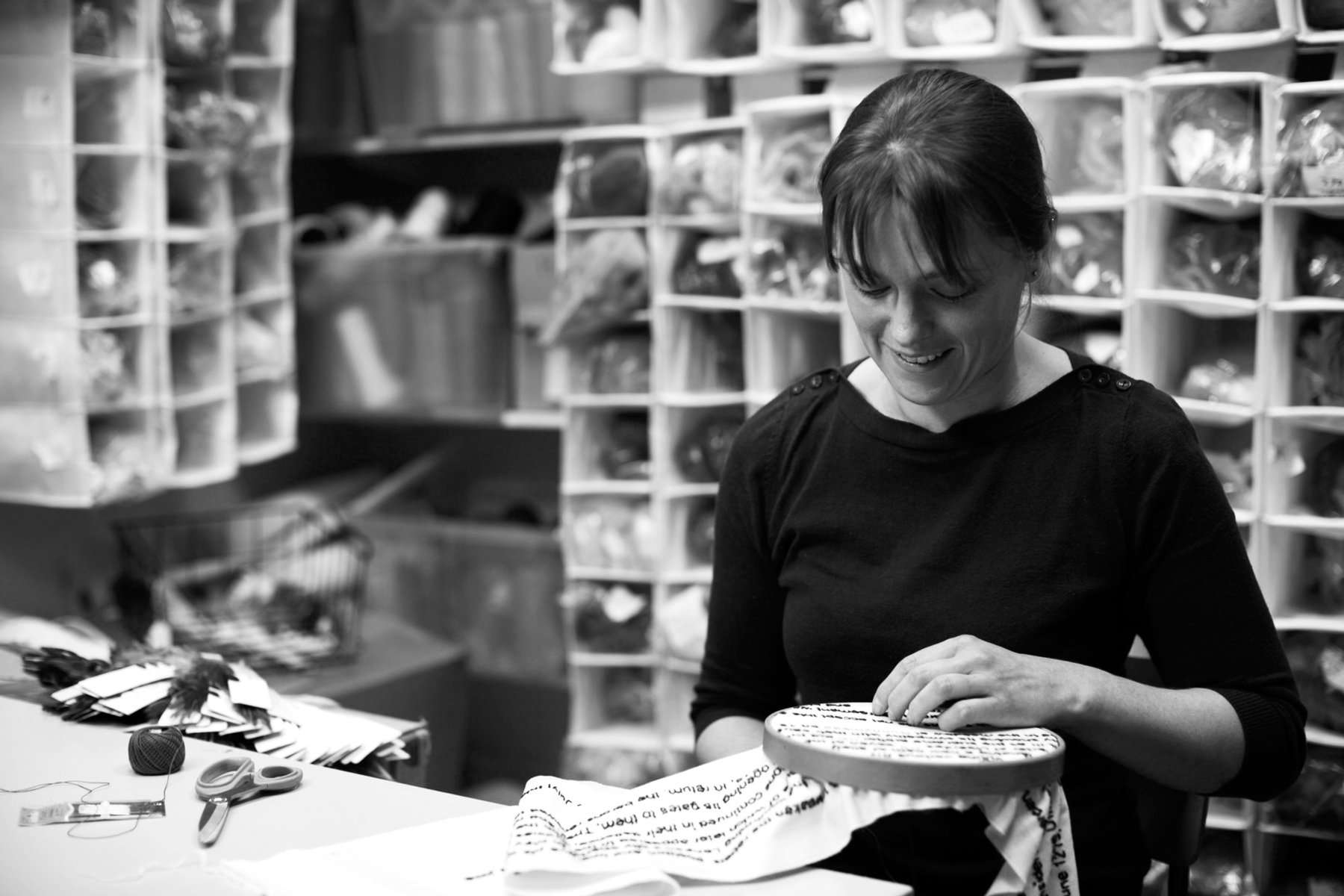 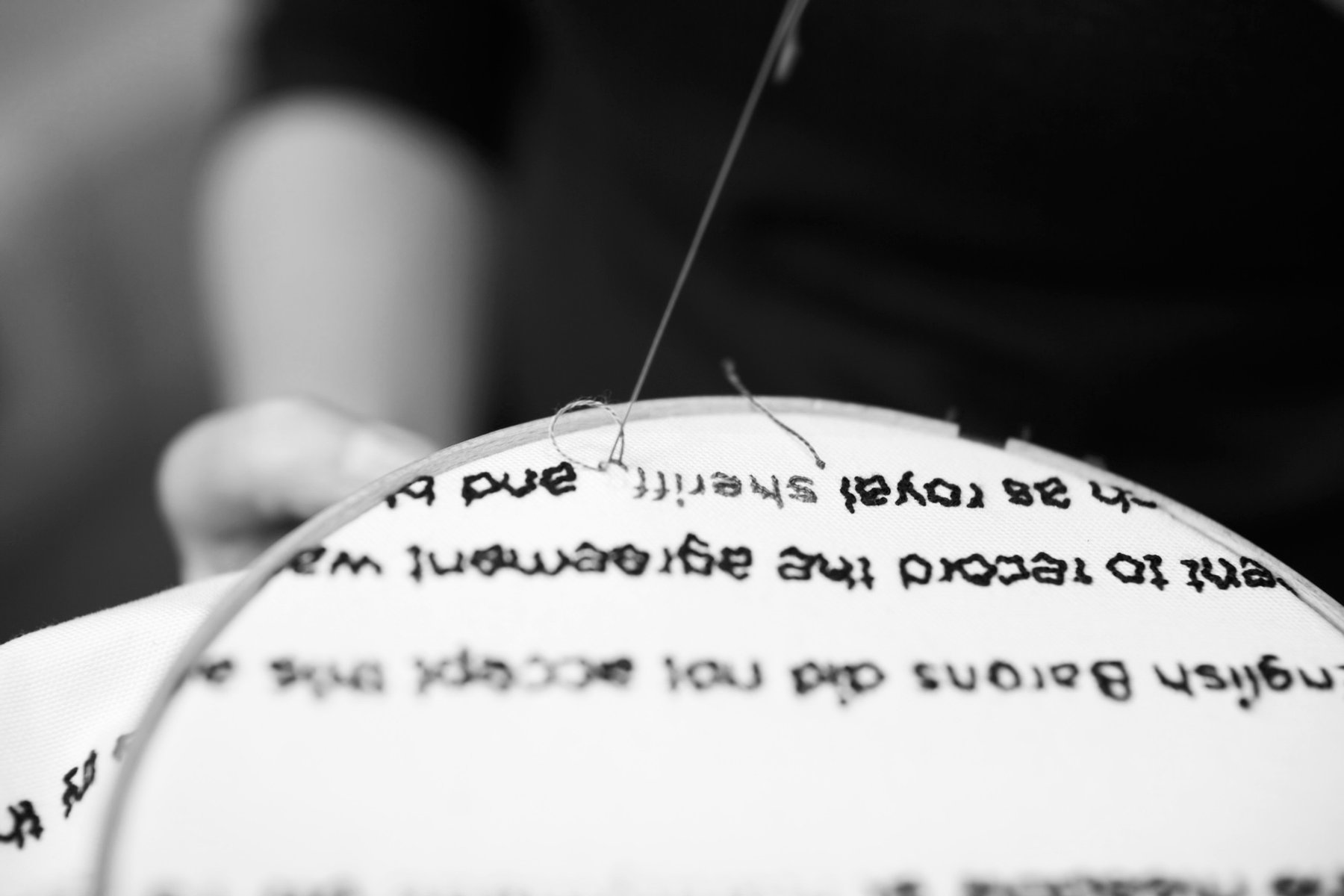 It was stitched by over 200 selected individuals, many of whom had a connection
to civil liberties and the law. This included public figures, peers, campaigners,
prisoners, politicians and lawyers. Each stitched a word or phrase significant to
them, ranging from director of Liberty Shami Chakrabarti (stitching ‘Charter of Liberties’)
and Baroness Doreen Lawrence (‘justice’, ‘denial’ and ‘delay’) to Lord Igor Judge
and Lady Judith Judge (‘Habeas Corpus’), and from Wikipedia founder Jimmy Wales (‘user’s manual’) and Edward Snowden (‘liberty’) to Jarvis Cocker (‘Common People’).

Baroness Warsi, Eliza Manningham-Buller, Julian Assange and numerous prisoners
all stitched the word ‘freedom’, but all had different relationships to it.

The installation at the British Library not only enabled the complete 13 metre-long
front side to be viewed in detail, but also a number of sections of the reverse. The
two sides revealing very different qualities.

Included in the catalogue is a section of corresponding front and back details, along
with a 1.5 metre long concertina reproducing both sides of the entire artwork.

The front cover is repeated on the back cover in reverse, reflecting the presentation
of the front and back embroidery details.


Published by The British Library
Commissioned by Paul Bonaventura