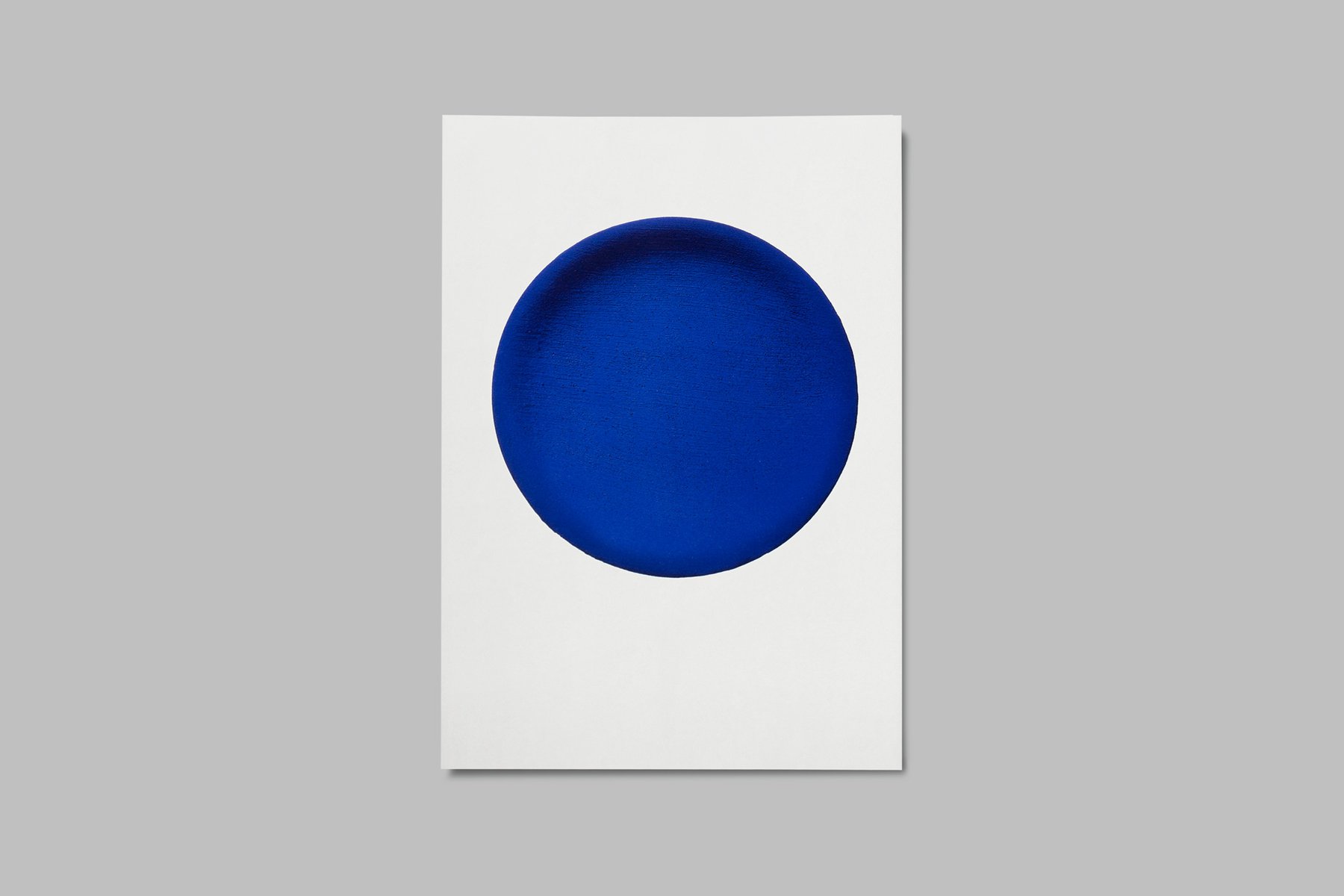 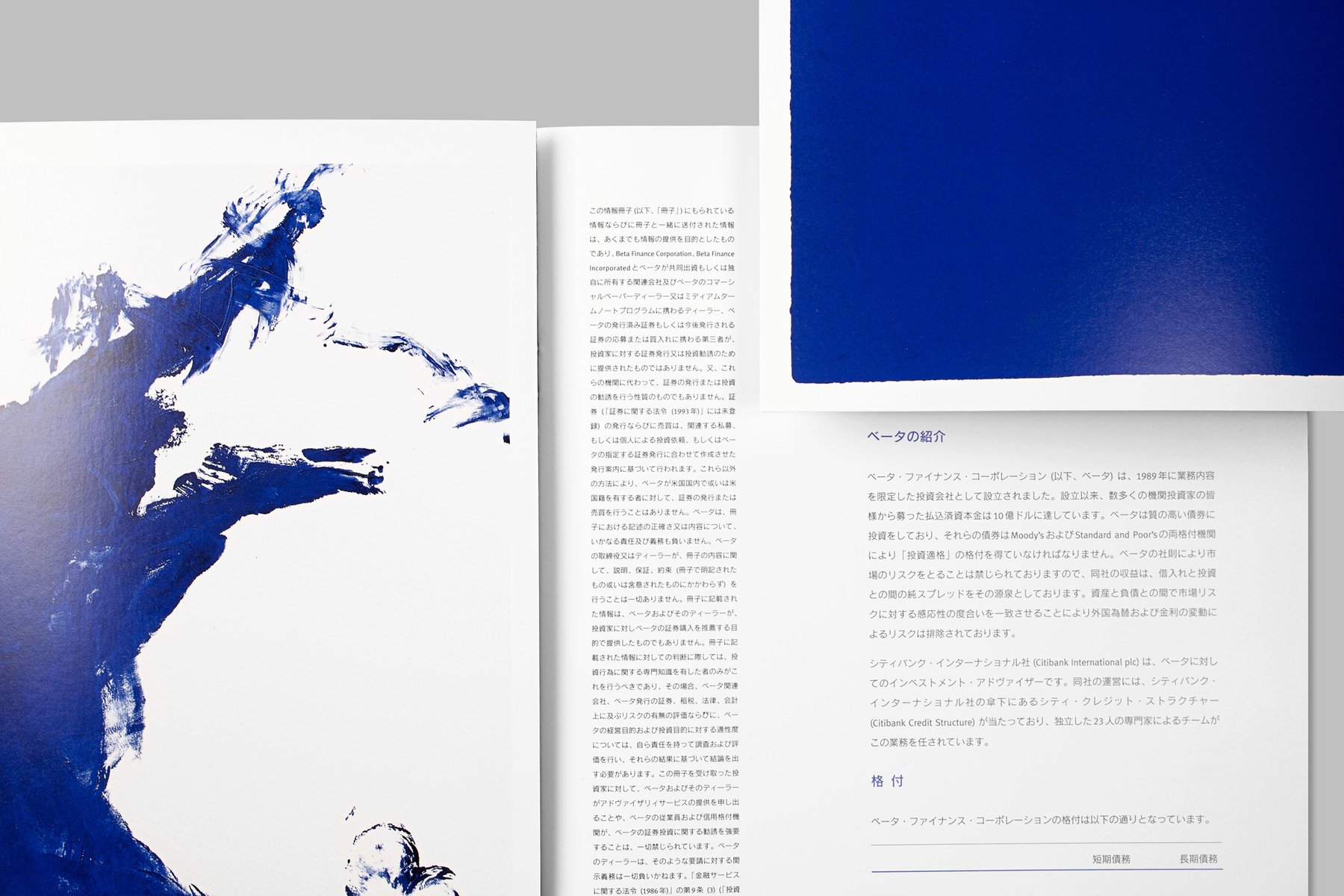 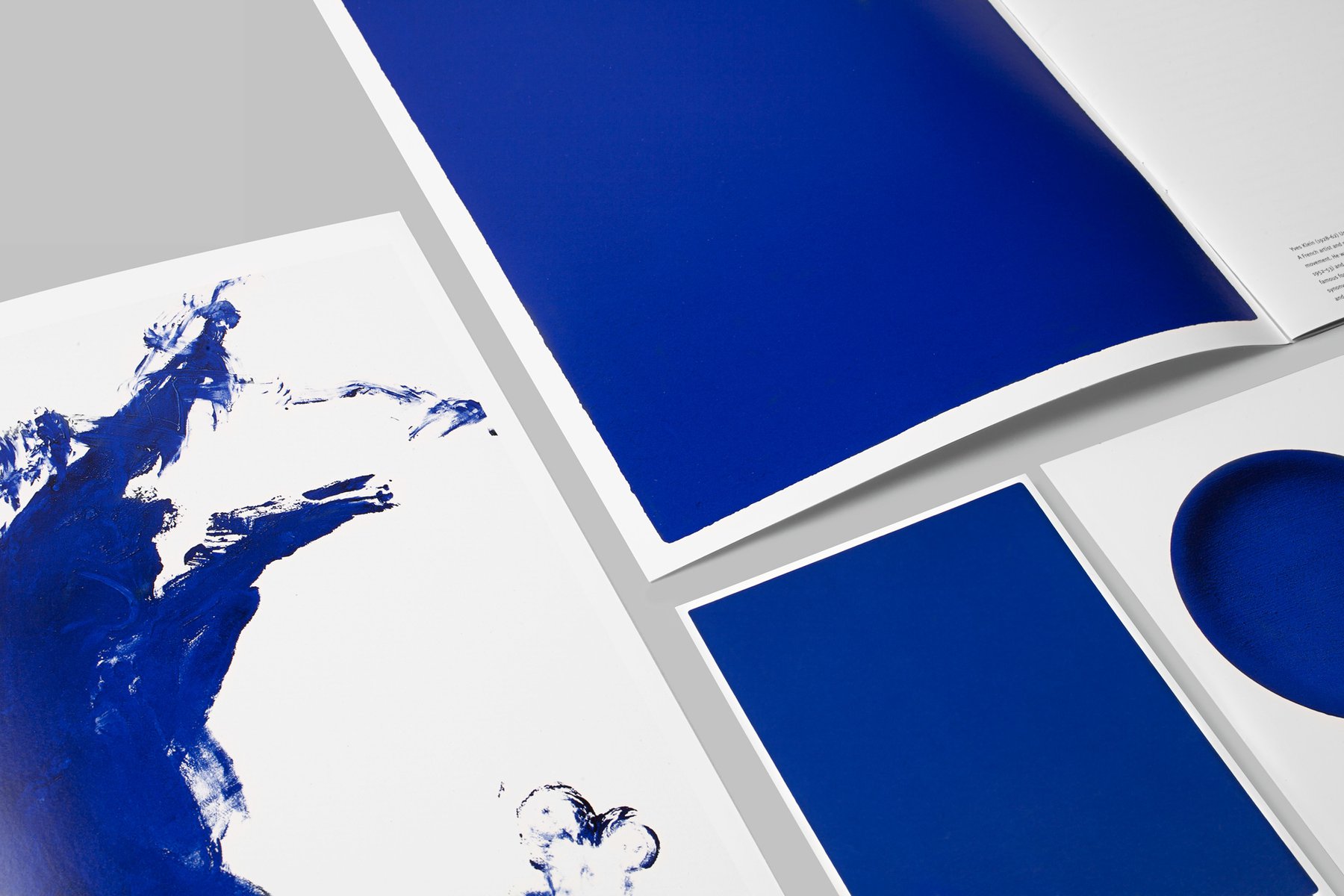 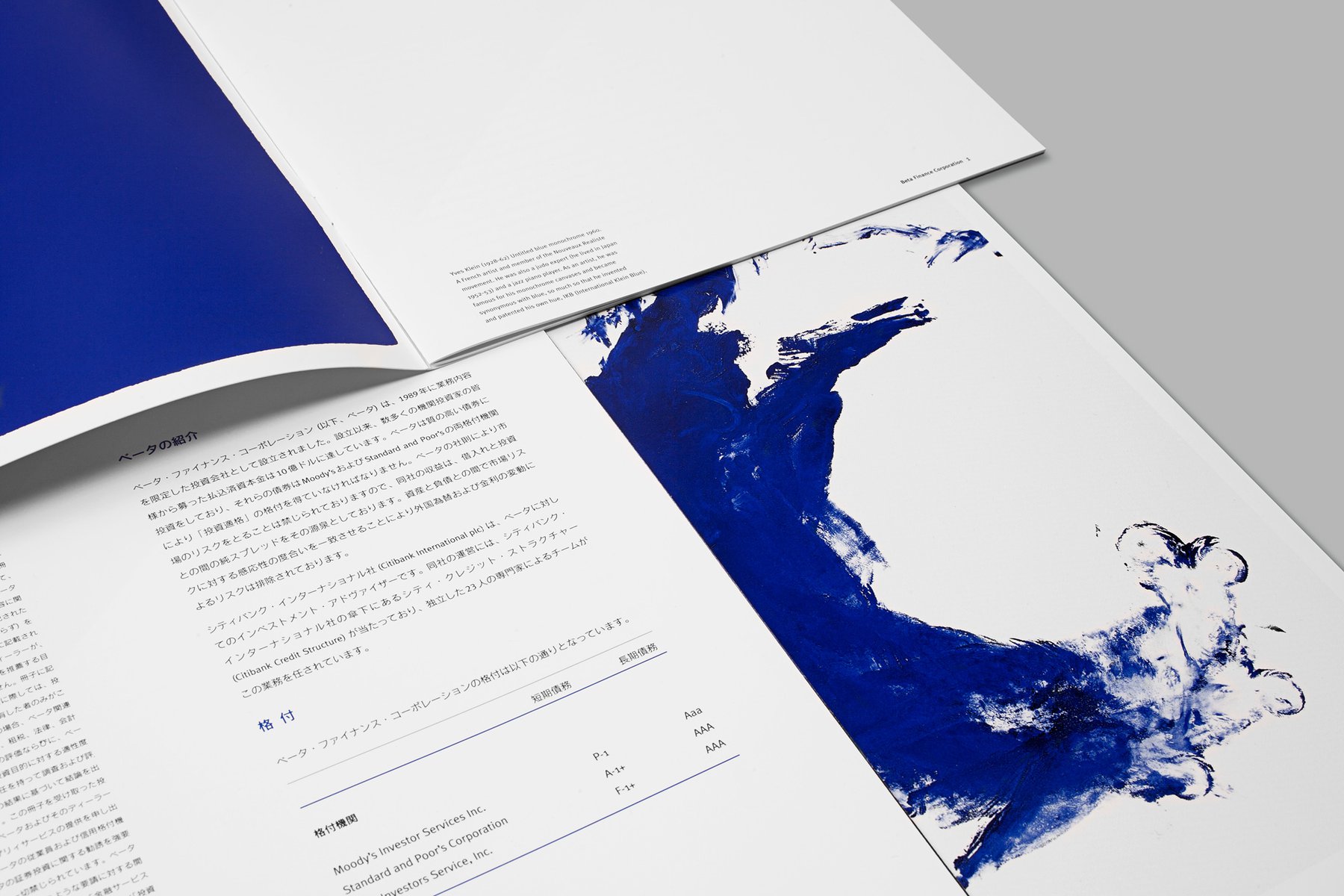 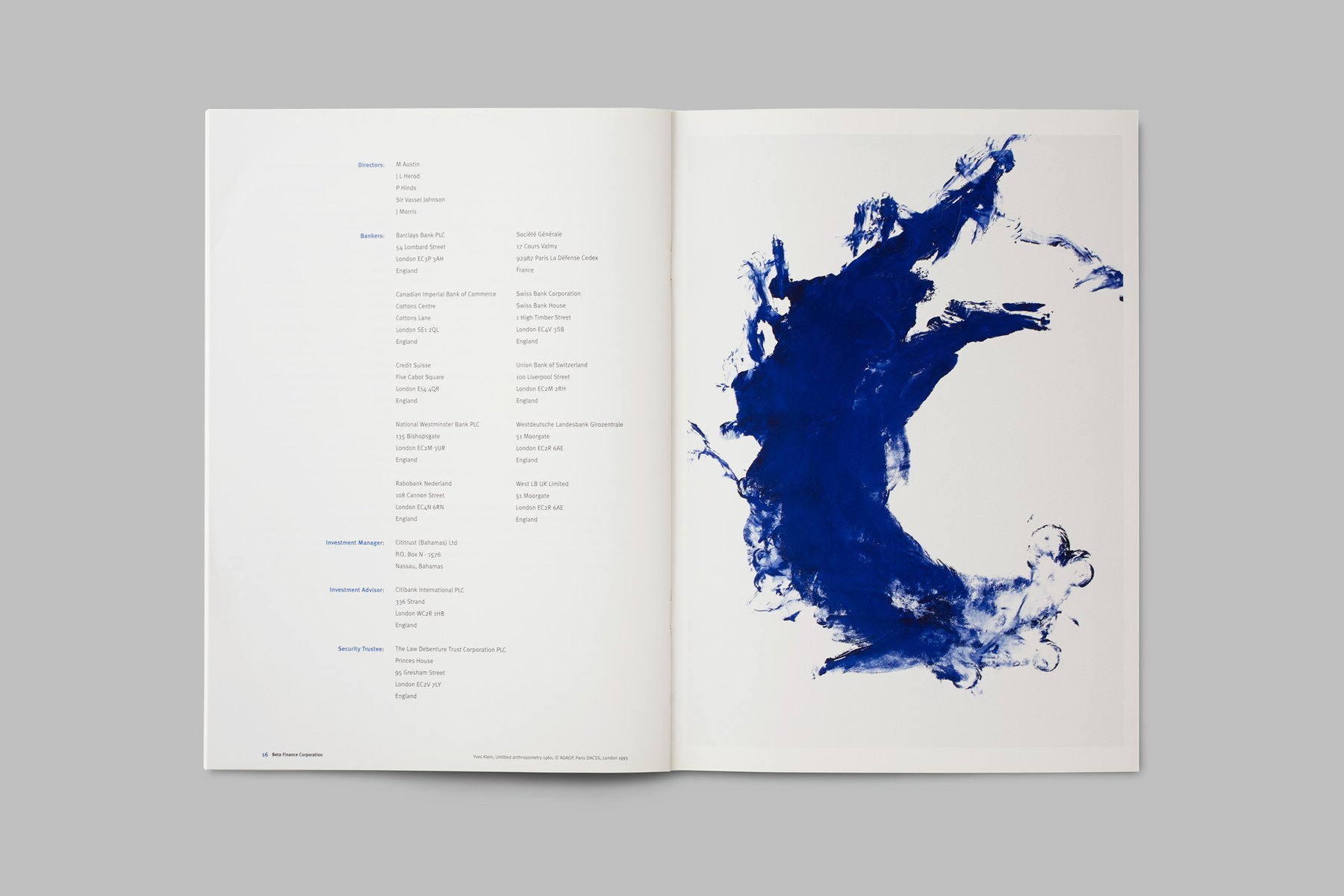 Each report would feature a subject or association with their allotted colour. And since Yves Klein’s blue (IKB) is perhaps the bluest blue of them all, it was an archetype for
the series.

Having read ‘The Primary Colors’ by Alexander Theroux and Derek Jarman’s ‘Chroma’ at the time, the ambition was to unpack the almost inexhaustible world of colour with the same breadth and richness, only visually.

With thanks to Daniel Moquay at the Yves Klein Archive.